Real Estate as a way to make money: Are attitudes changing? 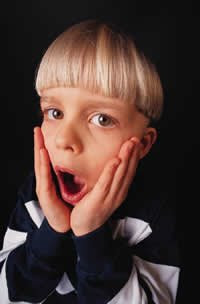 Your dilligent scribe did a double take while perusing an interesting article in the Toronto Star on the weekend.

In a piece titled 'Real estate realities: To buy or not to buy...', the Star debated the issue.

Noting that interest rates are at the lowest they've been in more than 50 years and with home and condo prices in decline for the first time since 1996, the paper cited how many potential first-time buyers are viewing this as their best chance to buy into an otherwise unaffordable market.

One first-time buyer, Ren Ramkhelawan, is profiled. In 2007 Ramkhelawan had actually negotiated the purchase of a 500-square-foot condo for $222,000. But he backed out because he felt it was too small.

But Ramkhelawan doesn't see himself living in the condo for more than three years, when he plans to flip it and make a profit.

At which point the Toronto Star notes, "Problem is, many in the realty business argue Ramkhelawan and others are banking on returns from a world that no longer exists."

Let me tell you dear reader... I almost fell out of my chair when I read this. When was the last time you heard that type of a phrase from anyone in the realty business?

"Everyone wants to flip houses and condos like pancakes,"says Greg Stanley, a mortgage broker. "Maybe we should have a change of view, thinking that a house is actually a home like they did in the old days. Back then, if you bought a house and sold it, it would be the same price. No one expected the houses to go up in value; they only expected to pay them off."

There's nothing wrong with that. I'm just stunned to see the Star (a paper highly dependant on developer advertising revenue like the Vancouver Sun) come out and print that kind of admission.

The article winds up noting, "Industry Canada's office of consumer affairs has a calculator that helps you determine whether you should rent or buy. The results may surprise you as, in some cases, those who rent and invest the money they would have otherwise thrown into their mortgage come out on top in the long-term."

Bingo! I've long argued that fact myself, especially with the current state of the stock market & economy. There is far greater opportunity for wealth creation in avenues other than real estate right now.

It's another sign of the times when you start to see this sort of commentary in newspapers like the Toronto Star, dear reader.

Email: village_whisperer@live.ca
Posted by Whisperer at 10:03 AM