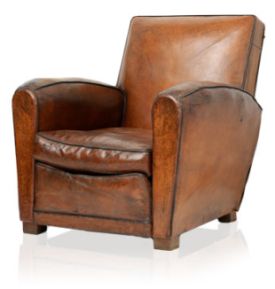 You all remember the 'sell out' at Marine Gateway that we first talked about on March 22nd and again on March 26th.

Marine Gateway's 415 pre-sale units was big news back then.

At the time we couldn't help but notice that, despite the fact over 11,000 people had pre-registered for this development, by the morning of the big sale only about 100 - 150 people had actually lined up to buy condos that day.

It made us question how many of those units for sale that day went to real estate agents who had inside connections and how many were sold to actual buyers/speculators?

As we said in our March 22nd post, it's our understanding that most lenders will ask that 40 to 60% of the condominiums in a development have an option to purchase before the bank will fund the project.

It has been suggested that,  in order to guarantee this financing, some marketeers will strike a deal with real estate agents whereby in exchange for being able to exclusively market the condo units, they will pick up options on 5 to 10% of the condo's being sold themselves.

That's right, 5-10% of the pre-sale contracts in a development will be picked up an one of these exclusive real estate agents and that a large development might have 5 or 6 exclusive agents.

Doing the math, it is conceivable that half of a 400 unit offering could be spoken for by the very real estate agents exclusively contracted to sell the development.

This could account for why only 106 people could line up for a 400 unit launch and suddenly you have a sell-out - with the people at the head of the line lamenting that all the best units were already spoken for. Most of those units had conceivably been optioned to the real estate agents before the doors even opened.

Which brings us to MC2 and it's grand opening last weekend.

The 2nd phase of the Marine Gateway project was launched and profiled on Monday in the Vancouver Sun.

When sales launched at 9 a.m. Saturday for the 443 homes in Intracorp’s MC2 project at Marine and Cambie, the development community throughout the Vancouver area was watching closely.

Indeed. So how many sold this time around?

Marketer Bob Rennie, who has been spearheading the project’s sale campaign, believes that up to 60 per cent of the condos will be snapped up by the end of today, while his colleague — Rennie Marketing Systems president Tracie McTavish — thinks that up to 80 per cent will be gone within a week to 10 days.

Only 60% snapped up by the end of the day on Monday?

That's a far cry from the sell-out of Marine Gateway last March.  It begs the question... if this project required that exclusive agents acquire the same ratio as has been suggested in the past, does that mean that less than 10% of the units for sale sold to actual buyers/speculators?

Of course there is an explanation for that:

“The hardest thing to do today is come out with a positive story on real estate because the armchair speculation is all the other way,” said Bob Rennie.

Rennie says. “But the building [will be] already approaching 50 to 60 per cent sold out by the end of the day that first day. That’s our expectation ... This is one that the development industry is watching, based on design and [its] transit-oriented site and all of the [items on the] checklists. We’re not overly confident; we’re just really, really confident, based on fundamentals.”

Confidence based on fundamentals? What fundamentals? The requirement that exclusive agents purchase up to half the units themselves?

Ahhh... there we go again.  Being negative.

But you can't really blame us. We saw evidence of agents buying up units in the developments they were marketing with Cam Good back in April 2012.

And scepticism can only compound when the media portrays these agents as non-involved members of the public who have purchased as 'investors'.

It must be stressed, this practice isn't illegal.  But I suspect many in the general public would find it somewhat immoral.  The reality is we will probably never know how many of those units at MC2 were sold to individuals who were not real estate agents.

But considering that only 50-60% could be reported as 'sold' by the end of the weekend, I'm guessing that number sold to agents was probably very high and that - when it came to selling units to actual non-industry investors - MC2 was a disaster.

Of course it's all just armchair speculation. Something I understand is somewhat rampant these days.


Please read disclaimer at bottom of blog.
Posted by Whisperer at 3:41 AM