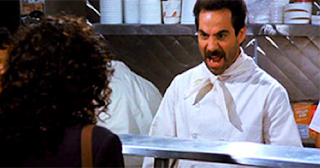 As summer came to an end and the fall real estate season was set to begin, there was optimism in some quarters that the fall market would resuscitate sales after 5 months of dismal results.

The silver lining among all the negativity had been housing prices themselves.

Everyone's favourite industry defender, Tsur Somerville, was trotted out to declare prices would not come down! A theme he has publicly espoused several times during the summer:

If fact it was just after this that Somerville came out and tried to halt all concerns and worries about a possible collapsing of prices by infamously declaring you can't burst a bubble that isn't there.

So no lower prices for you!

Kinda reminds you of Seinfeld's soup nazi, doesn't it? Tsur shouting "no lower prices for you!"

Yesterday we relayed realtor Andrew Hasman's observation that "the media always seem to be somewhat behind what is really happening on the front lines."

And behind they are.

We have shown you that prices in Richmond certainly aren't remaining flat.  Houses are selling 25% below assessed value right now in the former HAM hotspot.

As per Hasman, westside Vancouver inventory has ballooned with 12 months of supply for single family houses. This glut of inventory forced the likes of those who owned the house we profiled at 3888 W. 30th Avenue to drop their asking price below assessed value and sell for 12% below assessment.

To demonstrate that 3888 W. 30th was just the tip of the iceberg, one faithful reader offered the following five examples of other westside Vancouver properties who have cut their asking prices anywhere from 10% to 23% below market assessed value without any buyers in sight.

(all images can be enlarged by clicking on them) 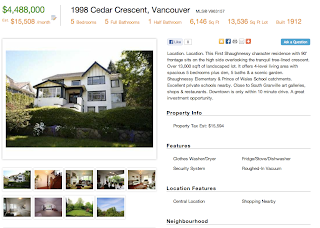 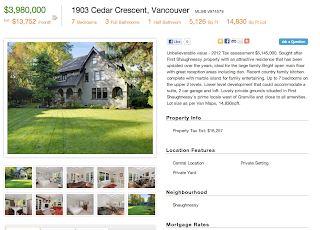 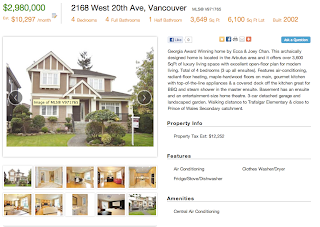 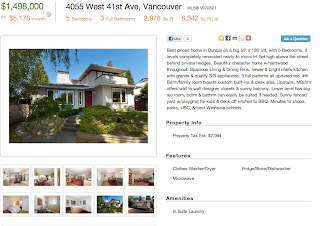 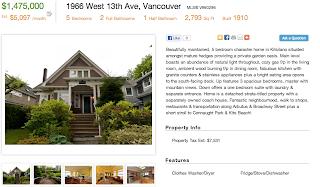 With asking prices trending 10% - 23% below assessed value, we may have to ask Somerville to redefine the term 'flat'. I don't think local sellers will agree with his current definition.