Thurs Post #1: Every wonder why the yellow helicopter is MIA? 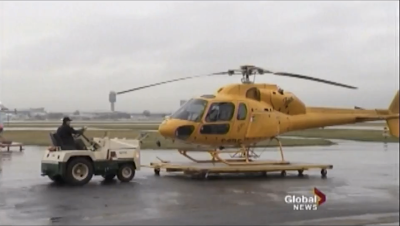 Years from now, when tales of the housing bubble are told, one story sure to remain is the one about the yellow helicopter.
Made famous by realtor Cam Good, this subject is LEGEND with bear bloggers. 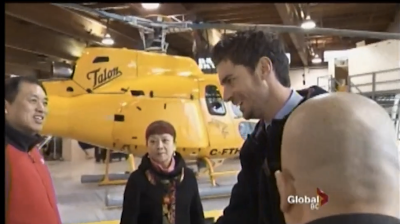 If you are new to blogs on the real estate bubble, Cam Good is a realtor who seems to have quite the knack for self-promotion.
In March of 2012 Cam - and his infamous yellow helicopter - were profiled on Global.  It was actually the second media helicopter stunt Good had been involved in... but the optics of wheeling out a yellow helicopter to fly Asian investors around BC has been seared into the collective minds of those who watch R/E trends on the wet coast.
Here is that Global clip:

Global profiled Good's company, Key Marketing, and the story aired in the last week of March 2012.

"In the last two months, we’ve sold over 700 condos in Toronto. Sixty per cent went to Mainland Chinese buyers. In meccas like Richmond, 98 per cent of the hundreds of homes we’ve sold are to buyers who are Chinese. Buyers from Mainland China are a driving force in our real estate market. The staggering truth is we’ve seen just the tip of the iceberg.”

Of course it turned out those weren't actually Chinese buyers on that helicopter, rather they were local real estate agents along as props.
Since then the infamous helicopter has been Missing In Action (MIA) and we haven't heard much about it.
Have fortunes changed that dramatically in the span of a mere six months? 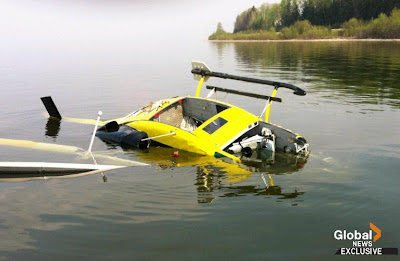