Are 30 and 35 year mortgages about to be banned in Canada? 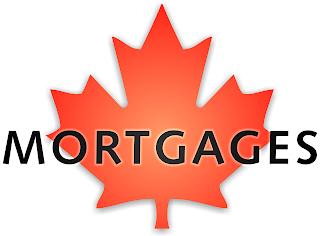 Garth Turner is out this evening with intriguing speculation that Canada's federal finance minister is getting ready to end 30 and 35 year amortization mortgages in Canada.

Turner asserts borrower's ability to do this is about to end:

Last week the CEOs of the monster banks were given a clear message that 30-year mortgages need to be wiped away. Completely. In fact, they’ll be banned. That letter will go out next week, the result of a decision made jointly by the Department of Finance, OSFI (the bank regulator) and the Bank of Canada. Regulated financial institutions will also be prevented from buying any securities which are made up on mortgage with 30-year ams.

Stunning news to be sure, and it's estimated such a move will shave 5-10% off already dismal real estate sales.

It continues the theme we talked about on Tuesday when the Financial Post that told us "the federal government and policy makers are scrambling to engineer a soft landing for the country’s overheated housing market."

It also adds credence to Marc Faber's recent comments that there could be significant depreciation in real estate values ahead.

Faber says... he’s observed a significant disconnect between selling prices of homes relative to what they really should be worth.

The precarious state of the housing market has made Canadian banks more risky investments. Dr. Faber doesn’t follow the Canadian banks that closely, but observed that Canada, like Australia, has higher household debt than in the U.S. “With the higher leverage in Australia and Canada, I think I’d be very careful about any lending institution,” he said.

The Federal Government is determined to unwind the housing bubble without raising interest rates, a move that would be harmful to the overall economy.

Is a return to a minimum 10% downpayment the next move for the Feds?


Please read disclaimer at bottom of blog.
Posted by Whisperer at 6:56 PM