A butterfly flaps it's wings in China... what happens in Vancouver? 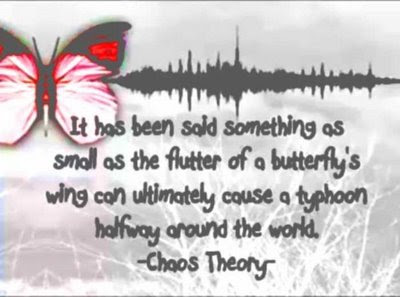 According to the mailbag, some people believe I don't think there is any Asian money in Vancouver real estate.

'Hot Asian Money' does exist. My point is that it isn't the massive band aid that will sufficiently sustain the world's most bubbly real estate market as it faces severe pressures from increased listings and decreasing sales.

That's why the most recent set of statistics from the Real Estate Board of Greater Vancouver show that the 'months of inventory' available has now risen to just about 6, prices have fallen for 2 months straight and a weak market looks set to fall even further.

But make no mistake... there is a lot of 'HAM' here notwithstanding.

In fact 'HAM' may represent an even greater achilles heel to Vancouver R/E than interest rates.

As faithful readers know, I have long viewed the China economic dragon as a paper tiger. China has, on a per capita basis, pumped as much - if not more - stimulus into their economy as America.

And that massive stimulus... source of the infamous 'HAM' we keep hearing about - has created a huge real estate bubble in China.

In recent months the Chinese central government has taken significant steps to cool the market. This has prompted Kenneth Rogoff, the ex-IMF economist, to observe the the Chinese property market is beginning a collapse that will hit the banking system hard.

The Harvard University economics professor told Bloomberg Television today that property transactions have dropped and prices are stagnating in the wake of those central government moves.

"You're starting to see that collapse in property and it's going to hit the banking system," said Rogoff.

Even Xu Shaoshi, China's minister of land and resources, said this past weekend that he expected prices to start falling within a few months.

If accurate it would validate the likes of Jim Chanos and all those who have long been warning about the inevitable Chinese bubble pop. And the impact of such a pop on Vancouver would be profound.

In 2008, when North American stock markets collapsed, Americans who were pressed for cash on margin calls and debt issues at home make the logical choice... they liquidated foreign property holdings for cash first.

In Vancouver, high end properties - particularly those in West Vancouver - saw signficant declines in value as foreign owners sold for whatever the market would give them immediately for their properties.

That's what happens in these types of circumstances.

If Rogoff is correct, the effect in Vancouver will be significant.

Email ThisBlogThis!Share to TwitterShare to FacebookShare to Pinterest
Labels: China