Is there anything to debate? 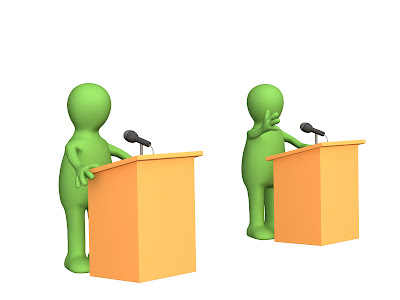 The debate on financial TV and in the blogosphere continues.

Paul Krugman warns that without massive new stimulus funds we will slip into another Great Depression (the third for those keeping count, after the Panic of 1873 and the Crash of 1929).

The pundit from Parliament, Garth Turner, says "not a chance" and suggests a prolonged, significant recession and deflationary times lie ahead - but no Great Recession.

Back on October 1, I spoke about a period of deflationary times and noted "If deflation takes hold, the stock market will suffer a massive correction, tons more businesses will fail and unemployment will skyrocket beyond what are already substantial highs."

As the stimulus winds down those exact fears are now being expressed. It's a fascinating period of time to be alive. But will events play out that way?

For years economists have had a great philosophical debate about the 1929 Great Depression. Federal Reserve Chairman Ben Bernanke, a self-proclaimed student of the era, has written that it was the Federal Reserve's fault that the 1929 Great Depression took hold because of the way the Fed allowed the money supply to shrink. In fact, Bernanke even apologized on the part of the Fed for “causing the Great Depression.” Bernanke wrote a famous piece explaining that the Fed has a magic instrument, the ability to print money, and that if it were ever necessary he would drop this Fed-created money to the American people from helicopters. With his magic power, concluded Bernanke, there was no way the US could slide into another Great Depression.

Now... two years into the 2008 Financial Crisis, Bernanke has left interest rates at zero, printed over two trillion 'dollars' and backed billions of dollars in stimulus plans. What does he have to show for it? Unemployment remains high, housing stays in the dumps and the national debt has sky-rocketed beyond all reckoning.

So will Bernanke now shift direction? His entire raison d'etre is wrapped in stimulus approach.

While the Austerity camp maintains that what needs to happen is a period of recesssion/depression to consolodate 65 years of unbridled debt expansion... and with US debt levels now pushing above 90% of GDP... is there any question about what Bernanke will do next?

Does anyone think the US Administration will give up and instruct Bernanke to allow the forces of deflation and correction to express themselves?

Does anyone genuinely think Washington will accept a long, drawn-out recession or another Great Depression as the solution to their problems?

And as the individual states, 46 of which are in dire financial shape, slip into insolvency and need to be bailed out... as the burden of social security and medicare encompass and suffocate budgets... people will say Europe is financial kindergarten compared to what's coming for the North American economy.

Austerity? From Bernanke and the American government?

I don't see how anyone could really be unclear on what steps will be taken next.

Which brings us to historian Niall Ferguson. In an interview with Bloomberg TV's Erik Shatzker, Ferguson discusses the bond vigilantes,

"Bond vigilantes are a bit like the people short selling investment banks a couple of years ago. You start with Bear Stearns and Lehman Brothers, you don't get to Goldman Sachs until quite late in the game. In a way the sovereign debtors of the western world are pretty much in that position today. And we are working down the list, starting with Greece, moving on to Spain and Portugal, the UK dodged the bullet by implementing some preemptive measures. Sooner or later the bond vigilantes will get to the US, I don't think it will be this year, but in the absence of any political will to address this problem, this is simply an inevitability."

As to why it is inevitable, Ferguson observes the case of the UK which was the only country in history to manage to grow its way out of a massive debt load:

"Britain after 1815 had two big advantages, it had the only the industrial revolution at that point that was going on in the word and had the world's biggest empire. I don't see anyone in that happy position today."

"Is it going to be inflation or is it going to be default. Right now there is no sign of inflation. We have monetary contraction at an alarming rate, and zero inflation in terms of core CPI, so the option of inflating this debt away doesn't seem to be there right now. What you are left with is therefore default. And I think it is a fair bet that US will default at least on the unfunded liabilities of Social Security and Medicare at some point in the foreseeable future. What the Greeks discovered you are fine until you are not fine with the bond market and if you have a non-credible fiscal strategy of borrowing a $1 tillion a year for the rest of time, never ever again running a balanced budget, at some point the markets are going to get spooked, and I think that point is nearer than Paul Krugman believes. Nothing would spook the markets more than for Paul Krugman's advice to be accepted by the Obama administration. That might well be the trigger."