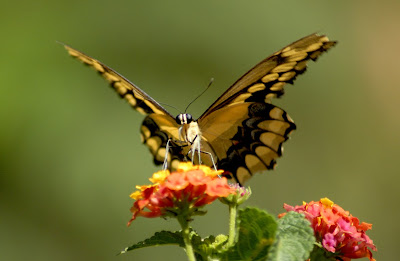 Two weeks ago I made a post speculating on the ramifications for Vancouver of a real estate collapse in China (A butterfly flaps it's wings in China... what happens in Vancouver?).

Curiously it triggered over 20 emails about how wrong I was on this issue.

To summarize, I have long viewed the China economic dragon as a paper tiger. China has, on a per capita basis, pumped as much - if not more - stimulus into their economy as America.

And that massive stimulus - source of the infamous 'HAM' we keep hearing about - has created a huge real estate bubble in China.

In recent months the Chinese central government has taken significant steps to cool the market.

And now the Chinese Central Bank has come out with warnings of a 'relatively large' property collapse later this year.

Specifically China Finance, a publication of China's central bank, has warned that there's 'very large pressure' for Chinese property prices to fall in the second half of this year.

Government measures to curb property speculation have had "initial" results and further effects will be evident in the second half, wrote Zhou Jiang, of the housing ministry's research center. The article is in the July 16 edition of the magazine.

Imagine if our Central Bank came out with such clear warnings about the bubble they created?

We'll watch with keen interest to see what fallout, if any, is felt in the Village on the Edge of the Rainforest.

Posted by Whisperer at 4:35 PM