COMEX loses 20% of it's Silver 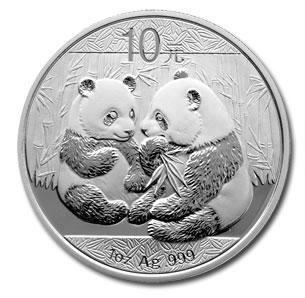 A stunning story is developing wherein it appears the COMEX has 'lost' 20% of it's Silver, a story which has played a large part in Silver's price gaining over $3 yesterday.
First of all a refresher on what the COMEX is.
There used to be two exchanges in New York. The New York Mercantile Exchange and the Commodity Exchange, Inc (COMEX). In 2006 these two exchanged merged and became one. It is now the New York Mercantile Exchange (NYMEX) but is divided into two parts, the NYMEX Division upon which is traded such commodities as oil, gas, palladium and platinum and so forth, and the COMEX Division on which gold, silver copper and aluminum is traded. On this exchange are traded 'Future Contracts' of gold and silver.
For a detailed explanation of the COMEX, please read this post from February 21st.
The evolving big news started when our own Scotia Bank, Canada's largest bullion depository (and one of five total), reclassified a whopping 5.2 million ounces of silver from Registered to Eligible status.
Scotia Bank precious metals division (Scotia Mocatta) transfered 25% of the silver it possessed from the "registered" category (or deliverable physical) to the "eligible" category (or "undefined").
What is the distinction between the two categories?
Some like to say that basically "registered" is real silver and "eligible" is somewhat questionable silver.
The registered category of COMEX warehouse bullion stocks generally refers to gold and silver bars against which COMEX warehouse receipts are outstanding. The registered stocks are held for investment and not for commercial purposes. The registered category is the total pool of gold and silver available at any time to meet delivery requirements under expiring futures contracts or to establish initial futures contract positions through a transaction called exchange-for-physicals.
In comparison, the eligible category of COMEX warehouse bullion stocks generally refers to bullion held in the warehouses that meets the specifications of an acceptable COMEX bar (proper weight, size, purity and refiner) but does not have a COMEX warehouse receipt issued against it. For example, an investor might purchase several 1,000 oz. bars of silver from a dealer and then deliver the bars for allocated storage at a COMEX warehouse. This is a private arrangement and has nothing to do with the COMEX. Unless these bars are officially registered (the easiest way to do this is through the aforementioned exchange-for-physicals), they will remain in the eligible category until withdrawn from the warehouse by the investor.
Thus, the appropriate way to treat eligible COMEX warehouse bullion stocks is that they represent metal that could potentially be registered at some point in the future but cannot presently be used to make delivery under a short futures contract.
So when Scotia Bank moved 25% of it's silver from 'registered' to 'eligible', it took that silver out of the COMEX pool that was available to be delivered.  And the 5.2 million ounces that ScotiaMocatta moved represents 5% of the previous COMEX supply of 44 million ounces.
The reason given last week was that: "due to a reporting reclassification, 5,287,142 t oz was moved from Registered to Eligible." It was explained that this does happen from time to time and was not unusual.
But the story does not end there.
In the past week two other depositories have done the same thing.  HSBC and the Delaware Depository have 'reclassified' silver reserves which means that the total "physical" silver across the entire Comex universe has now plunged by almost 20%, or from 41 million ounces to 33 million ounces.
In the span of one week the COMEX has lost 20% of it's deliverable physical silver!
This is big news.
The COMEX explains the adjustments here and advises that:
It's possible that it is nothing more than an odd, last minute paper to electronic contract conversion.  And it is possible that it just so happened to mysteriously result in a 20% drop in the physical silver across the entire Comex universe.  And it's also possible that it's a coincidence that this all comes at a time when silver is within cents of breaking the all time nominal high.
But you have to wonder... how many more such "warrants" exist in the system?  There wouldn't happen to be enough that the COMEX would have to reclassify another 33,322,807 million ounces of registered silver, would it?
Could this be the real reason the COMEX struggled so much during the last delivery month to make good on silver contract deliveries of 4 million ounces when they supposedly had 41 million ounces in the system? Could it be that all of those 41 million ounces are nothing more than paper warrents?
The website FMXConnects has an interesting take on the whole situation.
FMX notes that Silver is the perfect product to buy if you genuinely think it is undervalued, want to de-dollarize your reserves, or just want to screw with the Banks who have become complacent over the years doing metals “carry trades” wherein they lease Silver, short it and take the proceeds to invest in something with a higher yield, betting they can get producers to sell to them when needing to cover.
If you have the money to do it, silver is the perfect product because:
FMX wonders if the reclassifications are just the beginning's of the the big banks starting to get out of the way because someone bigger that the usual investor community with deep pockets and a will deeper than all the Bullion Banks combined has decided to de-dollarize their FX reserves.
Someone like say... China?
==================

Please read disclaimer at bottom of blog.
Posted by Whisperer at 11:30 PM