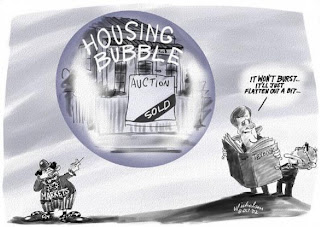 After taking the weekend off, we return to posting this morning with the big news for real estate watchers on the Wet Coast of Canada: not one single new home sold last month on the west side of Vancouver.
The significance of this cannot be understated.
For the past couple of years Vancouver’s west side housing market (along with that of the Vancouver suburb of Richmond) have been  red hot.
Back in March of 2011, Real Estate Board of Greater Vancouver president Jake Moldowan said in an interview that “it’s a huge sellers’ market, the strongest in those areas I’ve ever seen. And there’s no question that it’s the offshore market that’s focused on these two areas.”
According to the March 2011 report by the REBGV, demand for detached homes remained strong across the region, with particularly high sales volumes and price increases in Richmond and Vancouver's west side. In fact Moldowan said that it’s single detached homes in Richmond and Vancouver’s west side that are the most sought after properties in the entire Lower Mainland marketplace.
September 2011 marks the first 'no new home sale' month on the west side of Vancouver since records started been complied in 1994. Even the minicrash of 2008 saw four sales of new homes on the west side.
According to data released by realtor Larry Yatkowsky, there has been a 5% drop in the average price from last month and a 10% drop in the single family house average since the bubble highs of May, 2011.
Are the September numbers an indication the last remaining real estate bubble in the Western world has started to turn?
Time will tell.
==================

Please read disclaimer at bottom of blog.
Posted by Whisperer at 12:12 PM