Is the stage being set for a massive Bitcoin crash? 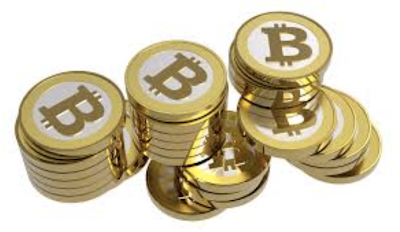 Last week we talked about Bitcoins and real estate. Bitcoins, it seems, are everywhere in the news.

This week the Los Angeles Times had an article "Cashing in on the bitcoin boom." Over on Bloomberg there's a good clip of an interview titled "12 Days of Bitcoin" series. The New York Times is all over bitcoins, and the Washington Post has been writing about them for years now.

So what the hell is a Bitcoin?

Basically, bitcoins are a type of virtual money. They can be used to purchase goods and services. And they only exist online: when you trade dollars for bitcoins, you don't get a rectangular piece of paper to put in your wallet. Instead, you receive an encoded computer file, which tells the bitcoin computer network how many bitcoins you own.

Looking into the Bitcoin phenomenon, you can't help but cast a suspicious eye.

They've gained significant notoriety for frequently being used to buy illegal goods and services. And the apparent value of a bitcoin seems to be swing very rapidly -- earlier this year, the dollar value of a bitcoin went from $260 to $63 in a flash. Last week it went from $1,160 to $560 in a day. This week Bitcoin values have recovered to the mid $900 level.

They are currently a volatility lover's wet dream. Since October 29th, 2013 they've skyrocketed from $211 to the current $940 with massive swings in between.

So what's going on here? What is it about bitcoins that makes them so useful for buying illegal drugs, and why does it seem like people are making a profit just by owning a few?

As with so many things these days, the story behind bitcoins is all about computers. We need to take a quick detour here, away from transactions, and towards computer networking.

Peer-to-peer networking first captured the public interest in the 1990s, when college students used Napster to download music from each other. As another example, the file sharing service BitTorrent is powered by a P2P network.

Most internet-based services today rely on the client-server model. When you want to access a  site, your computer (the "client") sends a request to our server for permission to download our content. Millions of clients are able to contact one central server in order to access the site.

The iTunes Store runs on a client-server model: each individual consumer (client) buys music from Apple's central content hub (server). In contrast, Napster let music listeners connect to one another directly, so friends could download each others' music libraries using peer-to-peer network connections.

Likewise, the bitcoin system is powered by a peer-to-peer network. Instead of one central server keeping track of all purchases, buyers and sellers that use bitcoin connect to one another directly.

That makes bitcoin purchases essentially impossible to track -- perfect for consumers looking to buy something anonymously.

At the same time, that lack of a central server also contributes to bitcoins' other newsworthy characteristic: huge swings in their value.

The U.S. dollar has a central server -- it's called the Federal Reserve. The Fed has tools it can use to help keep the value of a dollar relatively stable over time: it can either print dollars to prevent prices from falling, or take dollars out of the system to keep prices from rising too quickly.

Bitcoins aren't backed by a central bank. In fact, the global supply of bitcoins is controlled by a computer program. (There are about 12 million bitcoins in existence today.) That leaves their value vulnerable to quick changes in consumer demand. It's how the price of a bitcoin can change from $1,160 to $560 in a day.

So why would anyone buy a bitcoin? Some see actual value in bitcoins as a means for making anonymous purchases online (although unhappy governments will likely continue to challenge such activity). Others, like the Washington Post's Timothy Lee, see the bitcoin's "long-term potential" as a technological opportunity, rather than a new way to pay.

Bitcoin as an investment? Enter at your own risk. Former Fed chairman Alan Greenspan - a polarizing figure to be sure, and a biased contributor in this arena - told Bloomberg,

"You have to really stretch your imagination to infer what the intrinsic value of Bitcoin is. I haven’t been able to do it. Maybe somebody else can."

Business Insider's Joe Weisenthal puts it another way. "If I had to guess, I'd still guess that the price of a bitcoin is still much more likely to go to zero than to have any durable value out into the future," he says. "At this point, I have zero idea what a 'fair' price for Bitcoin is."

Which brings us to an interesting article over on Zero hedge and, specifically, this patent application:

JPMorgan has submitted a patent which appears to set the scene for a competing centralized network to Bitcoin. As LetsTalkBitcoin noted first, the "Method and system for processing internet payments using the electronic funds transfer network," states that Chase's technology is a "new paradigm." Moreover that it permits the creation of "virtual cash" (also referred to as "web cash") with a "real-time digital exchange of value." 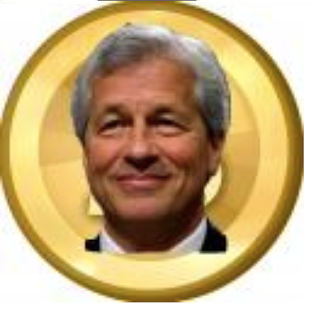 Imagine paying for some product in a transaction directly with the seller that doesn’t include a costly third-party fee or the revelation of a personal account number — the current components that comprise credit card and debit card purchases. Imagine this system with a “real-time digital exchange of value.” And imagine that you can archive all the transactions in a personal digital wallet, with its own “Internet Pay Anyone (IPA)” account and inherent safeguards built-in, something that you could call “Virtual Private Lockbox (VPL),” according to JPMorgan’s patent.

If this “web cash” system — as JPMorgan Chase calls it — seems familiar, it should. It smacks of the peer-to-peer transactions of bitcoins and other cryptocurrencies that increasingly are making the world’s biggest banks uneasy about the future of e-commerce.

The patent, first revealed by LetsTalkBitcoin.com, is a fascinating look into JPMorgan’s veiled outlook on the evolving but growing bitcoin universe, and other more widely-accepted payment systems.


Without naming the virtual currency or any competing payments system by name, the bank takes a swipe at the crytocurrency model.


“None of the emerging efforts to date have gotten more than a toehold in the market place and momentum continues to build in favor of credit cards,” according to Chase’s patent application published by The United States Patent and Trademark Office (USPTO). It was filed August 5th, 2013.


As LetsTalkBitcoin.com points out, “Bitcoin has also been ballyhooed for it use with micro-payments and payments under ten dollars due to its zero to negligible fee structure.”

…The present invention represents a new paradigm for effectuating electronic payments that leverages existing platforms, conventional payment infrastructures and currently available web-based technology to enable e-commerce in both the virtual and physical marketplace. The concept provides a safe, sound, and secure method that allows users (consumers) to shop on the Internet, pay bills, and pay anyone virtually anywhere, all without the consumer having to share account number information with the payee. Merchants receive immediate payment confirmation through the Electronic Funds Transfer (EFT) network so they can ship their product with confidence that the payment has already been received. The present invention further enables small dollar financial transactions, allows for the creation of “web cash” as well as provides facilities for customer service and record-keeping…”

I view this technology and patent application as an overwhelming good thing. Bitcoin is driving Innovation. It has been said that credit cards and the legacy banking system in use today was never meant for use over the internet. Chase’s updated Internet Pay Anyone technology appears to come head to head with Bitcoin.

While it remains to be seen if this technology is a “Bitcoin Killer,” other players such as eBay/PayPal (which have been riding under Bitcoin’s coattails through marketing gimmicks) ought to pay close attention to this emerging technology. If Bitcoin does get a “toehold” in the marketplace, we just might see this technology activated.

And if that patent is brought to life, Bitcoin won't simply lose half it's value in a day.  It will crash from $1,000 to $1 in the blink of an eye.


Please read disclaimer at bottom of blog.
Posted by Whisperer at 9:56 AM

Email ThisBlogThis!Share to TwitterShare to FacebookShare to Pinterest
Labels: Bitcoins