Mon Post #2: 100 Anniversary of the US Federal Reserve and Income Tax 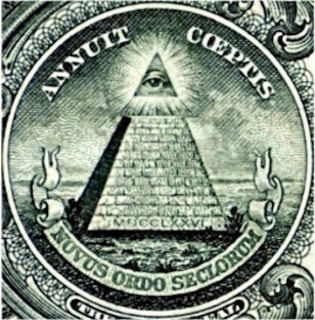 That was the day when the Federal Reserve Act was pushed through Congress. Many members of Congress were absent that day, and the general public was distracted with holiday preparations.

Now we have reached the 100th anniversary of the Federal Reserve, and most Americans still don't know what it actually is or how it functions.

But understanding the Federal Reserve is absolutely critical, because the Fed is at the very heart of our economic problems. Since the Federal Reserve was created, there have been 18 recessions or depressions, the value of the U.S. dollar has declined by 98 percent, and the U.S. national debt has gotten more than 5000 times larger.

This insidious debt-based financial system has literally made debt slaves out of all of us, and it is systematically destroying the bright future that our children and our grandchildren were supposed to have. If nothing is done, we are inevitably heading for a massive amount of economic pain as a nation.

Finally, an animated explanation of the US Federal Reserve and why today's date is significant.


Please read disclaimer at bottom of blog.
Posted by Whisperer at 12:00 PM

Email ThisBlogThis!Share to TwitterShare to FacebookShare to Pinterest
Labels: 100 anniversary of the US Federal Reserve, American Dream