One blogger's take on the Vancouver Inventory numbers 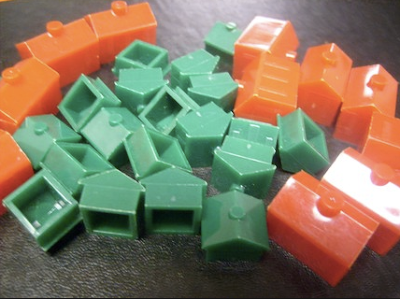 An interesting post by 'Jesse' over on Vancouver Condo Info well worth sharing. For those who do not know, Jesse is the author of the Housing Analyst blog.

We concentrate on stuff like sales and listings and inventory. Here is a quick look at inventory going back to 2005, as of the end of February:


The second half of the 1990s saw a steady erosion of prices and inventory was elevated for most of that time. This inventory was slowly chipped away in the early 2000s, and prices started taking off in a major way in 2002 and 2003, around when inventory looked to have bottomed. That started the last major boom from 2003 through to 2008. After the last recession inventory has been generally elevated and price rises have been more muted.

It looks like inventory at the end of February is on track to be between 13000 and 14000. This sets the “base” for inventory for most of the spring selling season and some increased competition for sellers.

Price drops (from Feb to June) in the spring in Vancouver are rare. I do not expect this year to produce price drops over that period in 2014. However given the “high” level of inventory, what looks to have been mediocre rental growth over the last year, robust completions and the purported “advance buying” due to rate rises in 2013, I do not think prices will rise significantly in the first half of 2014.

I am awaiting Vancouver population growth to mid-2013 (to be released in the next 1-2 weeks). This will provide some indication on how much Vancouver CMA has grown; growth into the region usually leads purchases by about 6-12 months as in-migrants often wait before deciding where to buy in the region after moving here.

I still think the prevailing trend for Vancouver-area property is down but I do not think it will be in a straight line. 2013 was stronger than I think will be the average over the next 5 or so years. We’ll have to see if 2014 can repeat this performance, and I would never underestimate the possibility that assets like property will be boosted by low interest rates and robust equity valuations for a few more years.

Anyone have any thoughts?


Please read disclaimer at bottom of blog.
Posted by Whisperer at 9:43 AM