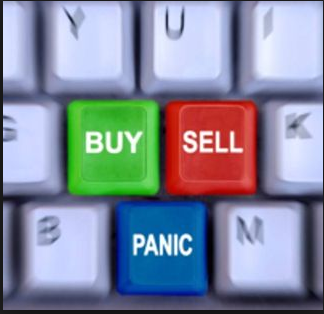 Numerous articles have been written about the tremendous debt that is being created world wide, and in China specifically.
Many are wondering if the 'Minsky Moment' is at hand for China.
The Minsky Moment refers to the moment at which a credit boom driven by speculative and Ponzi borrowers begins to unwind. It is the point at which Ponzi and speculative borrowers are no longer able to roll over their debts or borrow additional capital to make interest payments. Minsky states this usually occurs when monetary authorities, in order to control inflationary impulses in the economy, begin to tighten monetary policy. The PBOC’s latest Q4 Monetary Policy Report indicates it intends to continue to tighten liquidity in order to control the excessively fast growth of shadow banking credit.
Of the $1.8 trillion in Trust Loans provided by the shadow banking sector, nearly $600bn, or RMB 3.6 trillion will come due in 2014.
Defaults or near-defaults have begun to occur with regularity over the past three months and are likely to pick up in quantity significantly over the next year. As it is becoming more clear that investors may not get all of their money back, interest rates on trust products, wealth management products (WMPs), corporate bonds, and bank loans have risen by roughly 200 basis points in the last year.
Earlier this month China experienced it's first ever corporate bond default.
And the fallout has begun. WKZO notes: As credit tightens at home, Chinese sell Hong Kong luxury real estate.

HONG KONG (Reuters) - Cash-strapped Chinese are scrambling to sell their luxury homes in Hong Kong, and some are knocking up to a fifth off the price for a quick sale, as a liquidity crunch looms on the mainland.
Wealthy Chinese were blamed for pushing up property prices in the former British territory, where they accounted for 43 percent of new luxury home sales in the third quarter of 2012, before a tax hike on foreign buyers was announced.
The rush to sell coincides with a forecast 10 percent drop in property prices this year as the tax increase and rising borrowing costs cool demand. At the same time, credit conditions in China have tightened. Earlier this week, the looming bankruptcy of a Chinese property developer owing 3.5 billion yuan ($565.25 million) heightened concerns that financial risk was spreading.
"Some of the mainland sellers have liquidity issues - say, their companies in China have some difficulties - so they sold the houses to get cash," said Norton Ng, account manager at a Centaline Property real estate office close to the China border, where luxury houses costing up to HK$30 million ($3.9 million) have been popular with mainland buyers.
Property agents said mainland Chinese own close to a third of the existing homes that are now for sale in Hong Kong - up 20 percent from a year ago. Many are offering discounts of 5-10 percent below the market average - and in some cases as much as 20 percent - to make a quick sale, property agents and analysts said.

Is it a precursor to what we are about to see in Vancouver? If so ponder this chilling quote:

"Many mainland buyers bought lots of properties in Hong Kong when the market was red-hot three years ago," said Joseph Tsang, managing director at Jones Lang LaSalle. "But now they want to cash in as liquidity is quite tight in the mainland."

In a nearby development called The Green - developed by China Overseas Land and Investment - about one-fifth of the houses delivered at the start of this year are up for sale. More than half of the units, bought for between HK$18 million and HK$60 million, were snapped up by mainland Chinese in 2012.
China Overseas Land was not immediately available to comment.
"Some banks were chasing them (Chinese landlords) for money, so they need to move some cash back to the mainland," said Ricky Poon, executive director of residential sales at Colliers International. "They're under greater pressure from banks, so they're cutting prices."
In West Kowloon district, an area where mainland Chinese bought up close to a quarter of the apartments in many newly-developed estates, some Chinese landlords are offering discounts on the higher-end, three- to four-bedroom apartments they bought just a few years ago.
This month, a Chinese landlord sold a 1,300 square foot (121 square meter) apartment at the Imperial Cullinan - a high-end estate developed by Sun Hung Kai in 2012 - for HK$19.3 million, 17 percent less than the original price. The landlord told agents to sell the flat "as soon as possible," said Richard Chan, branch manager at Centaline Property in West Kowloon.
"The most important thing for them is to sell as soon as possible," Centaline's Chan said. "In the past two weeks, those who were willing to cut prices were mainland Chinese. It is going to have some impact on the local property market, that's for sure."


Please read disclaimer at bottom of blog.
Posted by Whisperer at 7:39 PM

Email ThisBlogThis!Share to TwitterShare to FacebookShare to Pinterest
Labels: Minsky Moment in China