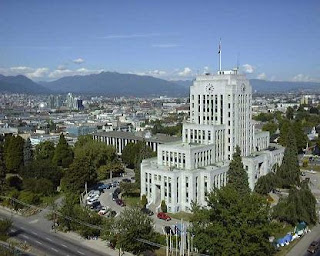 The last 9 years have been witness to unprecedented growth in the Real Estate Industry.

In many ways, it was like a dream. Boom, Boom, Boom!

And far from being immune, Vancouver got caught up – like most of the North American real estate obsessed public - in the exuberance of its own self-appreciation.

• Vancouver is one of the world’s three most beautiful cities,
• Overseas money is supporting a market local wages cannot,
• Limited geography (mountains to the north, ocean to the west, more mountains to the further east and the USA border to the south) are creating a land shortage,
• Immigration and job growth will continue unabated,
• Vancouver’s population will double by 2015
• The Olympics are creating an even greater demand and construction will grow, grow, grow.

It was Real Estate nirvana.

Condos sold like hotcakes to home buyers and speculators alike because we believed we couldn’t lose. After all… real estate only goes up, the world wants to live here, it is suicide NOT to buy.

One North Vancouver Realtor was even compelled to state publically that, “We’re really bulletproof for our lifetimes and beyond.”

And it is this unbridled optomism, so eerily reminiscent of the 1920s in the lead up to the Great Depression, that buffered so many from the Real Estate/Economic carnage being played out in the United States in 2007 to mid 2008.

Local ‘experts’ were adament, as late as July 2008, that “there is no indication, at this point, of any kind of substantial decline in prices.”

And now people watch, trance-like, waiting to wake up from a dream.

It can’t be happening, we tell ourselves. It’s a momentary dip… wait four or five months and things will rebound.

And so most of us wait, hoping for the momentary aberration to pass.

But with each passing day it is increasingly evident this may be bigger than most of the local real estate 'experts' originally thought.

Cracks are appearing in the façade that is Fortress Vancouver and people are, just now, starting to fear the shining city on the hill may be losing it's impenetrable lustre.
Posted by Whisperer at 3:05 PM