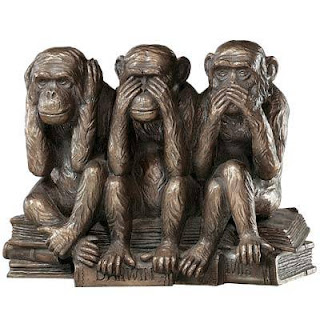 Read the news and the writing is right there for all Canadians to see.

Plunging consumer spending, the loss of almost 150,000 full-time jobs in the last 60 days, the crash in commodity prices, collapsing corporate profits, the bankruptcy of Nortel, diving home equity and a deterioration of national finances which is without precedent.

Our Canadian government will spend at least $64 billion more than it takes in over the next two years and we will have gone from a $12 billion surplus to a $32 billion deficit in only three years. All this debt means looming inflation later. We saw this in the 1970s. Once this mess is over you can be guaranteed that the carrying costs of your mortgage will double.

And yet the barrage from the Real Estate Pollyanna's continues.

Today we hear from Bob Rennie, the city's most famous realtor, who on Friday said that mortgage rates, which have dipped below five per cent, making it a great time to buy.

"I think there's some really good buys out there," he said. "You've got to look at interest rates, and take advantage of them." The financial and corporate blowouts will be done by next September, he predicted, arguing that developers have reacted quickly to the downturn and are now eager for an upturn.

"Supply is really going to quickly show that the tap's been turned off," said Rennie. "I think we'll come out of this in 2010." For sellers, Rennie suggested that it's better to sit tight.

The disturbing thing is that real estate’s is the biggest thing most people buy. Consumers need and merit professional guidance.

Are these so called 'experts' providing that? Or is it nothing but a shylock's mea non-culpa?

Send your comments via email to village_whisperer@live.ca
Posted by Whisperer at 6:52 AM