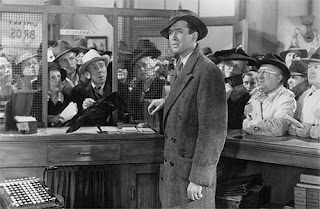 A stunning topic is slowly gathering steam in the United States and it's very discussion is bound to send shockwaves through the financial community in the coming weeks.

As losses mount for U.S. banks, concerns that the banking sector could prove to be insolvent are raising alarm bells. Investors are being warned that they should not rule out full nationalization of banks, a move that would result in complete loss of equity capital for those with a stake in any U.S. bank.

Back in October, the IMF estimated, in its Global Financial Stability Report, that bank losses on a global basis were roughly $750-billion out of a total pool of US$12.37-trillion in outstanding unsecuritized loans. As a rough estimate, U.S. banks account for half of those losses.

In response, President Obama's economics team will likely unveil its plan for creating an "aggregator bank" for purchasing "illiquid assets" from banks.

Recall that markets for many of these securities are illiquid and price discovery is difficult. Eventually this bank would sell off these assets as liquidity improved and prices hopefully rebounded.

It is now being suggested in some U.S. economic circles that this model would work even better under a scenario of bank nationalization as was the case in Sweden in the 1990s.

Various financial blogs and websites are begining to raise the alarm over this possible development and the topic was even discussed yesterday in Canada's Financial Post newspaper.

Look for jittery investors to start dumping stock en mass next week when the markets open, raising fears of a modern day rush on the banks.

Send your comments via email to village_whisperer@live.ca
Posted by Whisperer at 8:30 AM