Did you see the sales numbers for new R/E units? 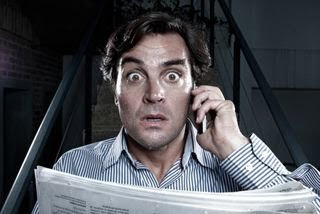 Well gang, another month has come and gone.

Next week real estate sales statistics will be released for the month of September, 2010.

As expected sales will be down by over 40% for the fourth consecutive month, carrying on with record low sales.

The R/E propaganda machine, however, will pounce on a glaring anomaly from the stats: the average price of the single family house will have risen, eclipsing the one million-dollar mark once again.

Fewer houses have sold, but those that have sold have traded at very high prices - thus distorting the average. I do believe there was even a sale of a $9 million dollar property in Vancouver this month.

But when you look beyond the R/E spin that is sure to flow, the stats tell a story that cannot be denied.

Sales on all brand new real estate units (houses, condos, etc) in Vancouver are utterly abysmal and have plunged lower than anything seen in the month of September over the last 15 years.

Downtown there are a stunning number of new condo developments slated to come onto the market in the months ahead... and sales of new units are absolutely cratering. Headlined, of course, by the Olympic Wasteland.

Fall/Winter is shaping up to be wicked.

Will December be a time to deck the halls with desperation?

Please read disclaimer at bottom of blog.
Posted by Whisperer at 7:57 PM