More on fraudulent US foreclosure documents. 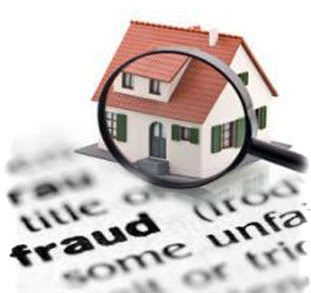 A little more today on the allegations of foreclosure mortgage fraud by big banks in the United States.

I cannot stress how significant this issue is. I am reminded of July 2008, the subprime mortgage issue was brewing, the markets had started to fall, but the vast majority were oblivious to what was about to happen.

Is this a case of deja vu?

Let's go back to the subprime mortgages that almost destroyed the world banking system in 2008.

Securitizing mortgages was a way of taking the cost of a mortgages off of a banks books and improving their bottom line.

From 2005 onward the securitization chain ramped up and out of control.

Bundling and selling off securitized mortgages was a virtual licence to print money and Wall Street wanted as many mortgages to bundle as they could get their hands on as quickly as possible and as cheaply as possible.

In order to maximize the revenue stream in the securitizaton process, the subprime lenders, trusts and banks cut as many corners as possible to save money.

Included in this cost-cutting was the cost of record keeping.

They didn't keep good records and, in the process, they violated individual state laws mandating that they had to file records with the local state county clerk's on who owned what mortgage title.

What the banks/trusts/subprime lenders did was to digitize mortgage titles into a privatized system called the Mortgage Electronic Registry System, or MERS. And it did these transfers by trading excel spreadsheets among the banks and trusts rather than endorsing the mortgage notes as required by their own contracts, by state real estate law and by IRS rules.

Today MERS is the registered owner of a security interest in 60 million properties representing 60% of all the mortgages in the United States.

More importantly... since 2005 and through to 2008, 97% of the loans that originated in the United States are in the MERS system.

But it now appears that, on a wide spread and probably pervasive basis, they did not take the steps necessary to legally own the mortgage note on the properties they registered.

This means that in 45 out of 50 US states, the lending institutions who have mortgages registered in MERS lack the legal right to foreclosure on the properties they claim to own.

As bad as this sounds, it gets worse.

As the housing bubble began to collapse, banks/trusts and subprime lenders obviously did not want to grapple with the massive legalistic quagmire they had created for themselves with trillions of dollars of mortgages for which they had no legal standing to foreclose on.

(and this is where things really go sideways)

So the industry simply created a system where the foreclosure services would hire 'foreclosure mill law firms' whose business it was to simply forge documents showing - or we should say - purporting to show that they had a legal right to foreclose.

The document mill signatories have come to be called 'robosignors', people whose names appear of thousands of mortgage documents. Investigations from the likes of the New York Times have revealed that it is clear that, although the same name appears on thousands of mortgage transfer forms, the signatures are clearly different and forged throughout all those documents. When tracked down, these signatories admit that they really did not have any knowledge of what it was they were signing.

According to Florida Congressman Alan Grayson, the system is so organized that there is a company called Lender Processing Services (LPS) which has allegedly created the means to systematize this fraud.

Lawyers used the LPS system to request which affidavits and documents they need. LPS then has document mills where they can magically make an authorized 'Vice-President of whatever you need' and send you backdated signed documents saying that you have the right to foreclose on the property you are interested in.

Courts originally refused to believe that this level of rampant fraud even existed.

But recently US courts have begun sanctioning fraud charges against loan servicers as details of what has been going on becomes apparent.

As Florida Congressman Alan Grayson will outline for you below, there have been instances where homeowners have had to go to court to fight the foreclosure process. It turns out that in a couple of cases, the banks made a mistake in the address of the property they were foreclosing on. Turns out the house the foreclosed on NEVER had a mortgage to begin with... the owner having paid cash to buy the house.

Despite this, the banks produced mortgage documents that said they were legally entitled to foreclose on the property.

You can see how courts might have a slight problem with this disparity.

This week two civil suits in Kentucky have filed under the RICO statutes. That's the US version of racketeering laws.

The civil suits say that in a significant number of cases, banks do not have proper title to the homes on which they are foreclosing. Worse, these lawsuits allege that the supporting documentation they are producing to support their claims has been fraudulently created and presented to the courts.

These lawsuits are about to open up a massive can of worms that speaks clearly and directly to the fact that securitized (collateralized) debt on a vast number of mortgages have no paperwork, lost paperwork or paperwork that has been duplicated many times in many collateral debt instruments.

The import of this cannot be understated.

Firms like Goldman Sachs are already being sued as in this lawsuit from LBBW Luxemburg.

Goldman is already battling claims that “Goldman Sachs knew at the highest levels of its organization that its representations to LBBW Luxemburg that the notes merited triple-A ratings and were high grade were blatantly false,” the Stuttgart-based bank said. “Goldman committed fraud and, or, was negligent in marketing and selling the notes to LBBW Luxemburg.”

Now there are the Kentucky lawsuits. The key element here is that the Kentucky suits are RICO actions and class action suits. That is why it is so important.

The RICO (organized crime) statute in a civil suit is usually used to force a settlement between parties. It is a very effective tactic because If the banks lose under RICO they sacrifice ALL their assets.

The key to RICO in a civil suit is to prove a PATTERN. Listen to the video posted below by Florida Congressman Alan Grayson. It outlines the facts I have just laid out for you and shows you some of the clearly forged mortgage documents.

The pattern screams at you.

The only logical settlement in the Kentucky cases will be to void the foreclosure.

And since this is a class action lawsuit, it could sign up 100,000 complaints if that is desired by the attorneys.

This suit, if successful, will be repeated all over the US.

That's why Bank of America, J.P Morgan and GMAC have halted all foreclosure proceedings in the affected states.

Do you remember the panic that gripped the markets when it became apparent that Bear Sterns and Lehman Brothers were going to go under because their securtized mortgages were deemed worthless?

It could be that all of the mortgage backed securities issued from 2005 onward could be completely worthless because they are not legally backed by any mortgages!

As I said yesterday, all of the big banks have legacy assets which are currently marked up in value to cost and above. Because of the mark-to-market nonsense, this now represents a large amount of capital for the Western world’s financial entities.

A number of Canada's big five banks also have large exposure to US mortgages.

Watch these developments very closely, because if they do play out I suspect you will see the markets - and financials in particular - make the September 2008 stock market crash look like a minor dip, forcing the US Federal Reserve to bailout the banks on a level that makes the 2008 bailouts look like chump change. As for Gold/Silver, it could well go hyperbolic.