Even Goldman Sachs is starting to worry about Hyperinflation. 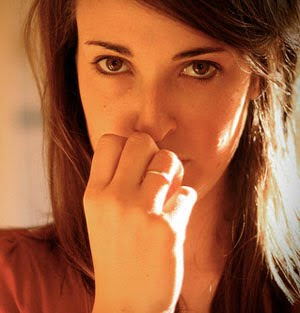 It's been one of those days when there is so much to write about.

But one of the items that caught my eye were some comments made by Goldman Sach's Senior US Economist, Ed McKelvey.

McKelvey was ruminating on the looming prospect of Quantative Easing 2 (aka: money printing by the US Federal Reserve).

As you know, Fed Chairman Ben Bernanke is getting ready to flood bank basements with another $2 Trillion in excess reserves to stimulate bank lending.

If successful, and bank lending actually picks up, we are suddenly faced with an explosion of over 300% in the amount of currency in circulation (moving from under $1 trillion to around $4 trillion).

Wages are certainly not guaranteed to increase concurrently. So this explosion in will lead to a very rapid and drastic destabilization in the concept of a dollar-based reserve currency.

The only thing that could prevent this are the Federal Reserve's mechanisms to extract liquidity from the system.

Now Bernanke insists over and over again that he can accomplish that extraction. There has been much focus on the “tools” the Fed is readying to implement its “exit strategy.” Bernanke dwelt on how the Fed intends to eventually tighten credit in Feb. 10 Congressional testimony.

Bernanke has made it clear the rate of interest it pays on excess reserves (IOER) will play a lead role when the time comes to extract liquidity. The Fed hopes raising that rate will pull up the funds rate and other rates. The Fed has also tested reverse repurchase agreements and plans to extend their use to government sponsored enterprises, which can’t earn interest on reserves. Also in the works is a new term deposit facility, which will allow banks to convert their reserve holdings into a kind of CD.

Those tools “would together allow the Federal Reserve to drain hundreds of billions of dollars of reserves from the banking system quite quickly,” Bernanke testified.

The problem is IOER process completely unproven. Should animal spirits kindle at the peak of the biggest liquidity tsunami in history, that money will inevitably make its way to Main Street, not back into the Federal Reserve coffers.

All this has made Goldman Sach's Ed McKelvey warn that should increased bank lending be the end result of QE2 then, "this would cause too much money to chase too few goods."

And, as liquidity extraction then would likely be impossible, it would be the beginning of the end: "The obvious risk to this last point is if inflation expectations surge. In a stronger growth environment than now prevails, such a surge could prove difficult to control."

When you toss into the fire the fact that the Federal Reserve will soon be forced to once again buy up Mortgage Backed Securities, REITs, ETFs and pretty much everything else, and you have the conditions for a situation that can very easily spin out of control.

Every previous economic miscalculation has always failed to consider the Law of Unintended Consequences.

And you just know there is an "oh shit" moment brewing.

Speaking of unintended events, China is gearing up for a ban on selling rare earth minerals.

As the United States gears up to brand China a currency manipulator, look for these actions to expand. It is already expected that silver exports from China, the world’s largest, may drop about 40% this year as domestic demand from industry and investors climbs, according to Beijing Antaike Information Development Co.

As Business Week notes, "Reduced exports will almost certainly bolster silver prices that are trading near a 30-year high on speculation that governments worldwide will take further steps to stimulate their economies, weakening currencies and increasing demand for assets that are a store of value."

Please read disclaimer at bottom of blog.
Posted by Whisperer at 7:30 PM