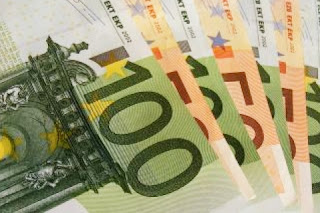 To say that we live in interesting times is nothing short of an understatement.
Sovereign Debt will be the issue of this decade and the situation with the PIIGS (Portugal, Ireland, Italy, Greece, Spain) in Europe dominates the headlines again this past weekend.
A stunning article appreared in the UK newspaper, The Telegraph, which reported that Britain's Foreign Office has given instructions to embassies and consulates to begin contingency planning to help expats should the crushing debt of the PIIGS collapse the Euro.
Even more incredibly, a senior minister has revealed that Britain is now planning on the basis that a Euro collapse is not just a possibility, but that it is only a matter of time.

A senior minister has now revealed the extent of the Government’s concern, saying that Britain is now planning on the basis that a euro collapse is now just a matter of time. “It’s in our interests that they keep playing for time because that gives us more time to prepare,” the minister told the Daily Telegraph.

Meanwhile Société Générale (SocGen), a large European Bank and a major Financial Services company that has a substantial global presence, has come out its Multi Asset Portfolio Scenario/Strategy guide wherein the French bank makes the simple case that the worse things get, the stronger the response by global central banks will be.

"A major liquidity crisis should not occur this time, as we think we are on the eve of major QE in the UK, US and (a bit) later on in the EZ."

How big will QE3 be?
According to SocGen, the Fed will preannounce it in the January 2012 FOMC statement and that the monetization will last from March 2012 until the end of the year and will buy a total of $600 billion.
Many analysts believe the actual total will be well greater, probably in the $1.5 trillion range as the Fed will finally say "enough" to piecemeal solutions and grab the bull by the horns.
What really stands out is SocGen's investment advice:

"Buy gold ahead of QE3 as money creation has a strong impact on prices... Gold is highly sensitive to US QE, as every dollar of QE goes into M0, triggering the debasement of the USD."

Please read disclaimer at bottom of blog.
Posted by Whisperer at 5:02 PM