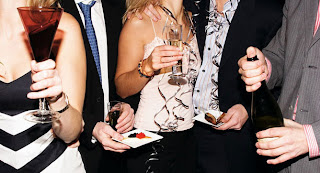 There will be a second post today on the events taking place in Europe. Please check back later.

Back on November 5th, 2011 there was a great little discussion on the Vancouver Real Estate Ancedote Archive (VREAA).
VREAA had picked up on a comment made regarding a Vancouver Sun story titled 'To buy or rent: that is the question'. The comment (made by r_dub71) embodied the mantra of the real estate bulls:

“You lazy spendthrifts have no one to blame but yourselves... I got on the “property ladder” 14 years ago using my RRSP savings to buy a 500 sq.ft. condo, then I moved up to a 2 bedroom, then a townhouse, then a 1/2 duplex, and now am the proud owner of my dream 4 bedroom westside home for my family. Hard work and saving money, keeping my head down and saving and investing like previous generations. It worked then, it still works now. It is doable. Great condos are available in Gastown right now starting at $200k, not that much different than the $165,000 I paid for my first place Downtown in 1997. But everybody wants the easy life, no one wants to work for it!”

Suspend for a moment you desire to debate the validity that buying a property, sitting on it for a year, and then flipping it for a 25% (or greater) profit - without making any improvements whatsoever -somehow classifies as "working for it".
Climbing the 'Property Ladder' is a crucial component of the Real Estate PR machine that says your home is a route to wealth creation.

And the escalation of the housing bubble these past 14 years is what has given it validity.

The author of this ancedote tells you that he took $165,000 in 1997 and has parlayed it into the ability to buy a $2 - 3 million home today. And while we aren't told how much of that $2-3 million is a mortgage, his point is that he has been able to leverage up (via the property ladder) to the point that he can assume a mortgage for such a high valued property.
But as with anything, it is not as simple as just buying into the market, scraping by on Kraft dinner, making the monthly mortgage payments and then becoming a millionaire... althought this is EXACTLY how it is portrayed.
One has to look no further than the R/E page of the this week's Globe and Mail newspaper to understand this.

The G&M hilights the selling history of a condo in South Vancouver and you can easily see the midas touch has not necessarily graced every property you buy.
This particular one-bedroom plus den suite at Retro Lofts near Hudson Street and Marine Drive sold brand new in 2004 for $215,900.
In 2007 it sold for $285,000.
Initially listed in mid September for $335,000, then reduced to $325,000, it sold after 55 days on the market this month for $316,500 - a $100,600 gain over 7 years.
It is really possible to parlay a $100,000 gain over 7 years into the necessary leveraging upwards over 14 years so that you are able to hold a mortgage on a dream 4 bedroom westside home for your family?
The person who posted the anecdote in the Vancouver Sun claims that "hard work and saving money, keeping (his) head down and saving and investing like previous generations" is the tried and tested true formula for obtaining that dream home.
For those who may be wooed by this 'tale' of success, consider this.
The only way r_dub71 will have moved up the property ladder is by buying the maximum house he could afford and taking on the maximum allowed mortgage with each 'transaction'.
Today he is, no doubt, still sitting on a 30 year mortgage for which he continues to scrape and save to maintain as a debt serf.
But it didn't have to be this way.

In 2001 r_dub71 probably made the first of his four sales on the way up the 'property ladder'.
At the time Gold was worth $225 an ounce and Silver was selling for $2 an ounce.
If he had taken his original $165,000 and invested it in Silver, r_dub71 could have bought 82,500 ounces of the shiny metal.
By not buying back into the real estate market, r_dub71 could have spent the last 10 years with a lot more disposable income to spend on his family.

Each month he would have paid half as much on rent as on his mortage. He could have used that extra money to enrich their lives, taken them on numerous vacations, or simply invested the extra money.
And his silver?

Today r_dub71's investment would be worth almost 3 million dollars ($2,887,500 to be exact assuming Silver at $35/ounce) not to mention another $1 million if he had invested the money he had saved over the years by renting.
Today he could have bought that westside dream home outright and not have a mortgage to pay.

But why do that when you could toil for a decade and a half on the 'property ladder' and still be a debt serf?
Can you imagine how left out you would feel at cocktail parties as everyone else talks about real estate and you have nothing to contribute?

Climbing the 'property ladder' is not all that it's cracked up to be. There are many, far more effective means of wealth creation.