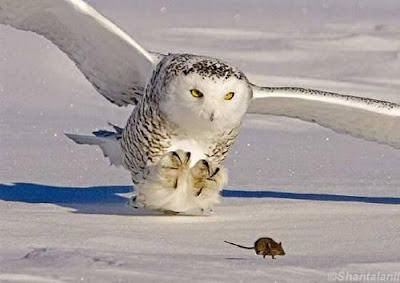 Back on March 8, 2010 we posted that the swirling economic ill winds continue to blow strong in Europe and we ignore what is going there at our own peril.
We wrote that there was an inevitable shift occurring in the great economic crisis of 2008 - 2010 (now 2011).
The first wave caused individual people and companies to face bankruptcy. The looming second wave now threatens entire governments.
Sovereign Debt is the key issue of this decade.
And unlike the Russian financial crisis of 1998, in which Russia was allowed to default on their debt, or the Argentine economic crisis of 1999-2002, when Argentina declared default in 2002, the main players in the European Debt Crisis - the PIIGS nations - will not be allowed to default.
The reason that European Sovereign Debt cannot be allowed to fail and default is because the five largest US banks hold trillions of dollars of credit default swap Over The Counter (OTC) derivatives guaranteeing that garbage debt against failure.
If European Debt is allowed to fail, the Western financial world implodes.
Ergo... Sovereign Debt cannot be allowed to fail.
That is why this blog has been such a staunch proponent of precious metals. The only way to stop the implosion of the Western financial world is to engage in Quantative Easing to infinity.
Today is seems we can now clearly see the inevitable starting to play out.
Early this morning Forbes wondered aloud if a big European bank come close to failing last night?
European banks, especially French banks, rely heavily on funding in the wholesale money markets. Did a major bank have difficulty funding its immediate liquidity needs?
The question was asked because last night The US Federal Reserve, the Bank of England, European Central Bank, the Bank of Japan, the Swiss National Bank, and the Bank of Canada moved in a coordinated action to provide liquidity to the global financial system.
Peter Schiff summarized what these actions mean:

Today’s unprecedented announcement by the world’s most powerful central banks was a loud and clear bell ringing to buy precious metals. The move, disguised as an attempt to help the fragile state of the global economy, is in reality a move to prop up failing banks in Europe and the US.
By reducing interest rates paid for dollar swaps, central bankers are in effect increasing the quantity of global dollars in circulation.

This is the pure definition of inflation: increasing the money supply. And today it was increased profoundly.
Schiff contends this may be one of the most important economic events of the year.
As Goldman Sachs made all too clear today, this is merely the beginning as more and more inflationary actions have to be undertaken by central banks to save banks from being crushed by untenable debt loads.

Whether they succeed in overturning the deflationary tsunami is unknown. What is certain is that they will bring fiat currencies to the verge of viability (and beyond) in trying.
Q.E. to infinity has begun.
Sovereign Debt cannot be allowed to fail as the US dollar will weaken, inflation will rise, and Gold/Silver will soar.
It is as inevitable as the fate of this mouse... 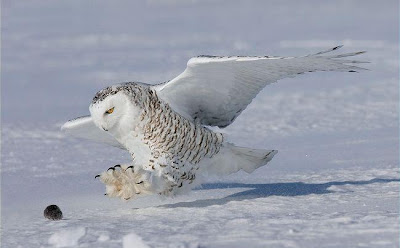