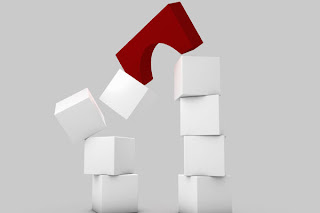 On Thursday we ruminated on the impact the plethora of mainstream media articles about the Canadian Housing Bubble and pondered what effect it was going to have on the real estate market.
How long before all the negative press convinces buyers (local and internationally) that now is NOT the time to buy?
Yesterday we noted that  TD Bank may have upped the "do not buy" ante with a note to clients in which TD economists said that a "housing correction will take hold in 2013."

As headlines go, you can't get much more specific or dire than telling your readers that the Canadian housing market is headed for a 'severe' correction.

Bloomberg interviewed George Athanassakos, professor of finance at the Richard Ivey School of Business. In the article, Bloomberg charted Canada’s housing investment as a percentage of gross domestic product, and the declines in inflation-adjusted house prices that follow when this ratio tops 7%.

According to Athanassakos, “eventually, everything boils down to demand and supply. Whenever this ratio (housing investment as a percentage of gross domestic product) goes over 7%, it signifies overinvestment in housing and two or three years later, we have a severe correction.”

Athanassakos noted that Canada’s housing market is booming as historically-low interest rates fuel purchases, driving up home prices and adding to record household debt. Canada’s ratio of housing investment to GDP has averaged 5.8 percent over the last 50 years but has recently jumped to about 7%, based on Statistics Canada figures as of the third quarter of 2011.

Hence Athanassakos' conclusion that Canada is poised for a 'severe' correction and TD Bank is joined in it's prediction that Canada's housing market is about to face a significant correction.

Will it have an impact? All those Asians with extreme gobs of money won't hesitate to snap up pricey Vancouver real estate because they 'want' to live here and the prospect of seeing their investments "severely" drop isn't an issue... right?
==================

Please read disclaimer at bottom of blog.
Posted by Whisperer at 7:37 AM