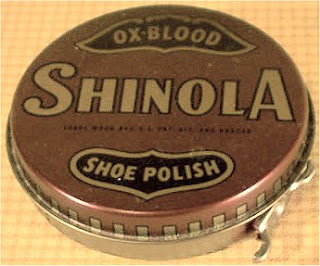 It's somewhat breathtaking to tune into the mainstream media these days when it comes to the topic of a real estate bubble in Canada.
For years the topic has been the private peruse of the blogosphere, but now it seems everyone is bending over backwards to discuss the topic.
Yesterday we had Bloomberg talking about how the Toronto Condo Bubble Risk is Topping New York. The focus of the article centred on the fact Toronto has more skyscrapers and high-rises under construction than any North American city - with almost three times as many as New York.
Then Macleans magazine has followed up on their story about the Canadian Housing Bubble (and the fact it is about to pop) with a specific article about Vancouver. Titled 'The Real Problem with Vancouver's Outrageous House Prices', the magazine observes:


The international media have finally clued in to the wackiness on Canada’s west coast, otherwise known as the Vancouver real estate market. Last month Bloomberg noted that when compared to median household incomes Vancouver homes are more expensive than even New York. The story linked soaring prices to the influx of wealthy buyers from mainland China. Today the Wall Street Journal retraces the exact same material. The warning in both pieces is clear: Vancouver’s housing market has become disconnected from reality and is primed to crash.

You'd almost think the Whisperer, Fish, Jesse or VHB was writing for Macleans with lines like the Vancouver housing market has become "disconnected from reality and is primed to crash."
Over at Money Week magazine, readers are told about the Canadian housing bubble and are advised to "Cash in as yet another housing bubble bursts."

House price mania has been a major feature of the global economy over the last ten to 15 years. Canadians joined the party several years later than their counterparts in other Western countries. The early-1990s recession was still taking its toll on the country’s dole queues, and also on its domestic property market, right through to the middle of the decade.
But as interest rates tumbled, Canada caught the bug just like everywhere else. And how. The ‘real’, ie inflation-adjusted, price of the country’s homes has increased by an average of 85% since 1998.
Sure, house values stagnated at the height of the financial crisis in 2008. But by 2009, property prices were back on a roll, rising by almost 20%. Canada’s current housing boom has now become one of the longest lasting in the world, says the Bank of Nova Scotia.
Indeed, Vancouver is the second-least affordable city anywhere on the planet, according to the annual report from the Demographia International Housing Affordability Survey 2012.
Like every other housing bubble, it’s been inflated by loose credit. Canadian household debt hit a new high last year. The average borrowing burden of Canadian families now stands at 153% of disposable incomes, according to Statistics Canada. To put that in context, that’s almost as much debt as US households had taken on at the peak of their own housing bubble.
In other words, the warning signs are everywhere. Canada’s housing market is plagued by “overvaluation, speculation and over supply.”

But in case you think it's all gloom and doom enter CMHC.  The enabler of our housing boom wants you to know that they predict "A Stable Canadian Housing Market."


Please read disclaimer at bottom of blog.
Posted by Whisperer at 11:06 AM