Mon Post #3: Newsflash... it's "a stagnating housing market and in Vancouver prices are already falling from sky high levels a year ago" 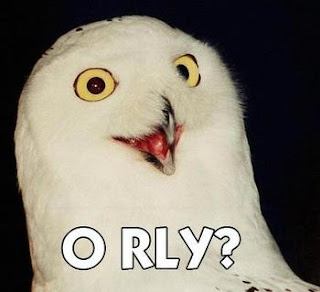 On Sunday we told you that it's not the news per se that's important... it's how you spin it.
The GVREB had been hard at work MOPE'ing the news (Management of Perspective Economics) and had downplayed the third worst February in real estate sales on record (a decline of -17.8% from February of 2011) into a "pre-spring hike" in sales.

This was achieved when the GVREB compared those very same abysmal February 2012 numbers to that of the absolutely horrendous January 2012 numbers... instead of comparing them to the results of February 2011.
As a result February's abysmal numbers were promoted as being 61.4% higher than the horrid January numbers... thus a "pre-spring hike".
So how embarrassing is it for the GVREB, after heralding an awesome February in real estate sales, to open up today's edition of Canadian Business Magazine?
Generally the article painted a rosy outlook for Canadian Real Estate nationally by the CREA...

But buried in the article were a couple of real gems.
First off our old friend, CIBC economist Benjamin Tal, tells us the new CREA forecast is "if anything a best case scenario forecast."

Ouch!
Then Tal goes on to say his bias leans more "toward an expectation of more significant price declines."
Oh really?

Tal expects further price declines and that these declines will MORE SIGNIFICANT than what we have already seen?

Pass the popcorn and tell us more!

Seems Benny is reading from a different script than the GVREB this month. What about Vancouver?

"In Vancouver, prices are already falling from sky high levels a year ago, especially in the once bustling condominium market."

Now I ask you... when you read the GVREB's take on February's numbers, did you come away with the message that Vancouver's prices are already falling from sky high levels a year ago? Or that more, significant price declines are in our future?
Hmmm... didn't think so.
==================

Please read disclaimer at bottom of blog.
Posted by Whisperer at 8:05 PM