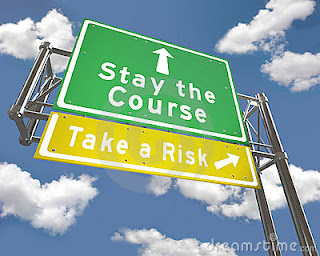 Back on October 3rd we told you how the real estate industry was gearing up with it's campaign against the Federal Government to undo it's mortgage changes.

The Globe and Mail reported:

The federal government eliminated the approval of 30-year amortization periods on government-backed mortgages in June – and the decision’s impact can now be seen most vividly in the cooling off of Greater Vancouver’s market, with sales falling for everything from entry-level homes to luxury houses... Real estate sales across Greater Vancouver are sinking. There were 1,516 residential properties that changed hands in September in the region, down nearly 33 per cent from the same month last year. In West Vancouver, where the posh British Properties are located, the number of detached homes sold fell to 43 last month from 71 a year earlier.

The Industry's thrust is that the mortgage changes are hurting everyone, not just the entry level buyer. It's hurting you.  Ergo... you should pressure the government to turn the taps back on.


Eugene Klein, President of the Real Estate Board of Greater Vancouver said:

“There’s been a clear reduction in buyer demand in the three months since the federal government eliminated the availability of a 30-year amortization on government-insured mortgages. This makes homes less affordable for the people of the region.”

It's a theme we have covered numerous times this month as the Industry has kept up the pressure.

Yesterday the Federal Government once again served notice they intend to stay the course.


Canada’s deputy minister of finance says he isn’t convinced tighter mortgage rules his department announced in June are behind the recent cooling in the housing market.

In a rare public speech, Michael Horgan argued that recent comments linking the two are premature.

“There’s some evidence that the housing market, particularly in some markets, is cooling and slowing at the moment,” he said Monday during a presentation to business students at Carleton University. “We read a lot of press commentary that’s saying it’s because of the government’s changes to mortgage insurance rules. I think it’s actually too early to make the direct link.”

The Globe makes note of the increasing pressure from the Industry:


In recent weeks, several economists have issued reports or made comments in the media linking the latest housing market data to the policy change.

Earlier this month, the Canadian Real Estate Association reported that Canadian home sales were down 15.1 per cent in September from a year earlier. More than half of the country’s markets were down by at least 10 per cent.

The association’s chief economist, Gregory Klump, told The Globe and Mail at the time of the report’s release that the data were linked to Ottawa’s June moves. “The recent mortgage insurance changes are working, it is cooling the market and sales have ratcheted down compared to a year ago,” said Mr. Klump.

But Hogan isn't buying the argument. Hogan says there is likely some cause and effect at this point, but he suspects it is more likely that Canadians are starting to realize their household debt levels need to be addressed and are pulling back on their own:


Mr. Horgan pointed to data released this month that the ratio of market household debt to disposable income hit 163 per cent in the second quarter, which the deputy minister noted is at similar levels as those in the United States before the recession. “We do have a home-grown risk,” he said, as he listed Canada’s housing market among a group of factors that could throw Canada’s projections off track. “This is something we pay a lot of attention to.”

And what does Minister Flaherty think of his underlings comments?


During an appearance on CTV’s Power Play, Mr. Flaherty was asked about his deputy minister’s comments. “I’d certainly agree that the full impact [of the changes to mortgage rules] has not been felt yet,” said the Minister.

The full impact hasn't yet been felt?

Can't make it much clearer than that, can he?

Meanwhile the plunge in home sales has made headlines in the Wall Street Journal. At the end of the article Flaherty is quoted commenting on the impact on house sales:

"We think that's a good thing. I would much rather have a soft landing than a hard landing."

Of course that is what the government is shooting for.  But there has never been a 'soft landing' from an asset bubble born of excess credit.