Why the Vancouver market is going to crash! 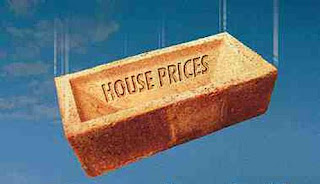 A great many people in Vancouver have rationalized that Lotusland will escape the damaging real estate carnage that exists in the United States because we do not have the same subprime fiasco triggering massive foreclosures in our markets.

Comforted by this, most Vancouverites cannot fathom how our market could possibly collapse like it is in the US.

But while it is true that exotic lending (ie., non-traditional mortgages), lax underwriting and easy credit never became as significant a force in Canada as it was in the US, the mistake we are making here in Vancouver is to believe this insulates us from what is occurring in the US.

While exotic subprime lending may have helped to create the bubble in the United States; it wasn’t what caused prices to initially fall.

Prices in America started to fall in early 2006 when some potential US homebuyers concluded that home prices were becoming fundamentally overvalued. As a result, falling demand in relation to relatively high levels of supply triggered a modest drop in house price in bubbly cities such as San Diego and Miami.

This was phase 1 of the price correction in the United States.

Had house prices actually continued to rise, many subprime mortgages could have been reset at higher rates without much damage. After all, the whole subprime mortgage industry was predicated on rising home prices.

But when falling demand in relation to relatively high levels of supply triggered a modest drop in housing prices... it started a domino effect that has been catastrophic.

Modestly lower prices, along with higher reset rates on the exotic mortgages resulted in a substantial wave of foreclosures. Suddenly a bloated housing inventory started to overwhelm itself.

It was this conjunction that reinforced downward pressure on house prices and created what analyst are now calling Phase 2 of the U.S. correction - where the annual rate of price declines intensified to as much as 30% in some US cities by 2008.

And this triggered the worldwide financial crisis.

Subprime did not cause the housing collapse… Subprime simply got caught up in a declining market and – like a wave of dominos – intensified the reaction.

And it is this intensified reaction that is now racing towards Vancouver like a massive economic Tsunami.

The root cause of the US collapse, a cause which PRECEDED subprime, is what now threatens to engulf Vancouver. And just like in the US, the root cause will create a domino effect.

The Vancouver Real Estate market has seen substantially higher valuations relative to their respective histories than has any other city in Canada. Rampant speculation has driven our market.

House prices in BC, which historically averaged around 9X income, shot up to just over 14X in the last few years. Theoretically BC would need to see a cumulative 38% rise in per capita disposable income to put house prices back to historic valuation levels. When you consider that it previously took about 10 years for income in our province to grow by this amount – that simply isn’t going to happen.

So what is the only alternative?

Prices will correct by coming down. And given that our market has been dominated by a large speculative component, and given that a good portion of those speculators have been offshore and US wealth - speculators who have become victims of the falling economy; it can only mean that the adjustments will occur at a far faster rate than other overvalued markets have seen.

All that is left to currently sustain the Vancouver market are Vancouverites. And the market is severely overpriced for the average family income level.

The absense of a subprime fiasco will not permit Vancouver to escape the Tsunami heading our way. When you connect the dots, the reasonable person can only conclude that we are heading for a significant real estate crash for our own local reasons.

The question is not ‘will the market drop’…

The question is ‘how far will it drop’.

Send your comments via email to village_whisperer@live.ca
Posted by Whisperer at 10:43 PM