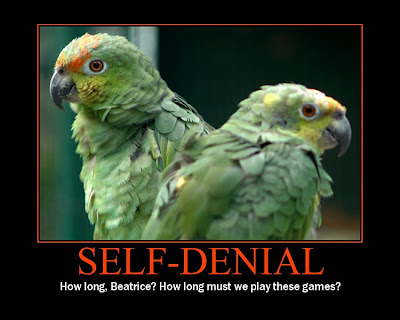 My favorite topic, the Canadian Mortgage and Housing Corporation (CMHC) is front and centre in the news again.

As stated numerous times before, the only reason our real estate market hasn't tanked like it has in the United States is because of the way our government intervened in the financial and real estate crisis of 2008/2009.

The feds slashed interest rates to dirt in order to stimulate the economy and then, to further stimulate the real estate market, changes were made to CMHC.

After the CMHC decided to remove the price ceiling limitations in 2003 (that is, it would insure any mortgage regardless of the cost of the home), the inflating of the housing bubble was ramped up in 2008.

At that time Canadian home prices had started to dip as affordability became the worst on record in many cities. That's when the CMHC publicly admitted that it was ordered by the Federal Government to approve as many high risk borrowers as possible to prop up the housing market and keep credit flowing.

Incredibly, however, between the beginning of 2007 and 2009 Canadian Banks increased their total mortgage credit outstanding listed on their books by only 0.01% - possibly the smallest amount of change in post WWII history.

Because almost all of these mortgages were securitized by the CMHC; guaranteed by the Federal Government. As a result the Canadian mortgage securitizaton market grew from $100 billion in 2006 to $370 billion by the end of 2009.

These actions kept credit flowing to homebuyers in Canada while credit dried up in the United States. As a result the necessary real estate correction - which has occurred everywhere in the western world except Austrailia and Canada - was reversed in 2009.

And between mid 2009 and 2010 the Canadian real estate bubble was re-inflated.

So just how much exposure had the CMHC racked up by mid 2010?

According to this CBC report CMHC is now on the hook for over $770 Billion in secured mortgages.

James Grant, editor of Grant's Interest Rate Observer, connects the dots to paint the picture the blogosphere has been warning about for the last few years.

Grant notes that an IMF study has concluded that Canadian house prices are 60% above their historical average. The median Canadian house - which is the price at which exactly half are cheaper and half are more expensive - is "certifiably unaffordable" in Canada. In fact, a typical house eats up just more than 40% of income. In Vancouver, it's more like 73%.

Grant quotes our own Bank of Canada: "The household debt-to-income ratio has remained on an upward trend ... as debt accumulation continues to outpace the growth in disposable income."

And then there is the CMHC. While it guarantees $770 Billion in mortgages, it only has about $9 billion in equity, a massively overextended position.

CBC notes that "it's more leverage than any U.S. bank or lending institution ever had."

Grant adds it all up and suggests that Canada is on the cusp of a real estate crash as severe as the one that the U.S. just went through, a crash that is just around the corner.

It's a warning that falls on deaf ears in our little hamlet on the Edge of the Rainforest, however.

Back on June 28th, 2010 MSNBC wrote that Vancouver is in denial over it's housing bubble.

Not only were we in denial then, but as real estate sales collapse in June, July and August, we are in denial now too.

Extended stagnating sales can only lead to a significant, inevitable price collapse. We saw this begin to play out in 2008/2009.

The inevitable was only postponed. And as reality looms on the horizon, everyone will claim that no one saw it coming.

The fact of the matter is the writing has been on the the wall for several years now... for anyone who wanted to read it.

It isn't different here. We're in denial just like everyone else was.

Please read disclaimer at bottom of blog.
Posted by Whisperer at 7:57 PM