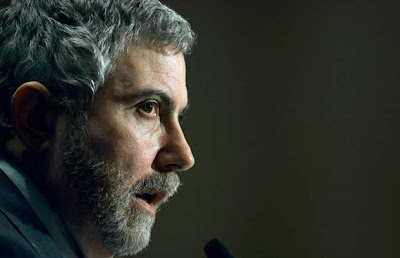 Sorry about the lack of posts for the last few days. I have been enjoying the glorious weather and it has left little time for sitting down at the computer.

If anyone reads the comments section, you will note that the seller referred to in the last post has opted to contribute a comment to the blog.

For those who do not know, the real purpose of this blog is to augment the lively debates I have with my work colleagues. I preach my real estate/economic mantra ad nauseum and, rather that torment my colleagues 24/7, I try to restrict my thoughts to only half my waking hours. Referencing articles, reposting info from other sources... that's what I use this blog for: a place where colleagues who are really interested come, read and then the conversation at work moves outward from there.

(Of course, this is the world wide web. And a side benefit is that so many others around the Province, Country, World had stumbled across this site. I benefit from those others who share their thoughts with me and I am pleased anyone really cares enough to drop in here to read what I have to offer on any given day.)

Currently at work there is an interesting situation developing. Two co-workers have recently sold their homes. Both have taken dramatically different paths when it came to selling and what they are going to do with the proceeds.

In the last post I outlined one of them. Both have, this week, given me permission to speak more in depth about their general situations.

Later this week I will expand on them (and hopefully you will see at least one of them once again offer their own thoughts in the comments section.

Today, however, I note with keen interest that Paul Krugman has been moved to comment on the Canadian economy and real estate situation.

Krugman is an American economist, Professor of Economics and International Affairs at Princeton University, Centenary Professor at the London School of Economics, and an op-ed columnist for The New York Times. In 2008 he won the Nobel Memorial Prize in Economics for his contributions to New Trade Theory and New Economic Geography. He was also voted sixth in a 2005 global poll of the world's top 100 intellectuals by Prospect.

But above all he is the leading media champion of the Kenysian stimulus being used to combat the current worldwide economic crisis... which means, I am not a great fan.

To his credit, however, Krugman saw the housing collapse coming in the United States long before many others did (see, amongst others, this article he wrote in August 2005.

Now Krugman has some interesting thoughts about Canada. Speaking to the Canadian Bar Association on Sunday, Krugman spoke of the impending economic buffeting that is about to hit Canada.

Mr. Krugman said that Canada cannot be complacent in the face of disturbingly bleak global conditions, because Canadians spend too much relative to their household incomes and that our country's housing bubble has yet to burst.

(which is exactly what has been said here).

“Canada is by no means insulated,” he said. “Canadians borrow an awful lot. Savings rates have been very low. Household debt relative to income is very high here.”

Krugman recognises what so many of us seem completely oblivious towards as we carry on with our day to day lives. He expressed grave concern that the world economy is “drifting” along with high unemployment rates and low consumer spending instead of steadily recovering. Our biggest trading partner, the United States, is facing propects for its economy that are dismal: “I don't see when it will end.”

“Interest rates are as low as they can go, yet the economy is depressed,” he said. “This is a very weird place to be... When everyone decides that they want to save more and spend less, the economy shrinks. And when the economy shrinks, businesses see even less reason to invest and so investment falls.”

It means there are dark economic times ahead, but how many people in our everyday lives understand and appeciate that?

Krugman noted that interest rates are getting so low that it will soon be impossible for central governments to use them as a lever to stimulate borrowing and spending.

“The traditional response has run out of ammunition. It’s about as low as you can go,” Mr. Krugman said. “So we have depressed economies that need a solution.”

Krugman didn't go there, but I continue to maintain the writing is clearly on the wall. There is a tremendous amount of deleveraging to be done around the world - and particularly in Canada.

In Canadian real estate, it has only just begun.

Please read disclaimer at bottom of blog.
Posted by Whisperer at 1:53 PM