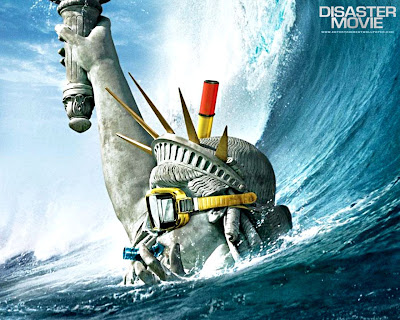 As noted yesterday, British Columbia's R/E pumper-in-chief (Cameron Muir of the British Columbia Real Estate Association) came out on the weekend with this OpEd piece in Vancouver's two daily papers calling on R/E naysayers to 'get real'.

Muir likes to insist that the real estate landscape is doing fine, thank you very much, and is fully supported and justified.

Seems the Canadian Centre for Policy Alternatives (CCPA) failed to pick up their copy of the weekend paper.

In a study they released today the CCPA finds that for the first time in 30 years, six of Canada's hottest real estate markets are in a simultaneous housing bubble. Canada’s Housing Bubble: An Accident Waiting to Happen examines trends in house prices in Toronto, Vancouver, Calgary, Edmonton, Montreal and Ottawa between 1980 - 2010 and finds price increases in those cities are "outside of a historic comfort level."

In the past 30 years, while all six major cities have never been in a simultaneous bubble, the report notes that Canada's housing market has undergone three bubbles in individual cities.

The report defines the existance of a bubble when housing prices increase more rapidly than inflation, household incomes and economic growth.

In each of those previous individual bubble situations, the bubble was punctured by only a 1% rise in interest rates over two years (those individual situations occurred in Vancouver in 1981 and 1994 and Toronto in 1989).

David Macdonald, the research associate who authored the report, sounds the alarm bells and not only declares that the Canadian housing market has entered bubble conditions, but that it would take only a 1% to 1.25% mortgage rate increase by Canada's big banks to cause a housing crash similar to the one the U.S. is grappling with.

The report, naturally, zeros in on factors that have been discussed here over and over again. Canadian homes remain affordable because mortgage rates sit at record lows, but home affordability will change rapidly if rates return even partway to their historic norms. If that happens, young families who have over-extended themselves and seniors relying on selling their house for retirement income will be tremendously affected.

The title of the CfCPA report says that Canada's housing market is an accident waiting to happen.

I would could it a 'disaster-in-waiting', myself.

Please read disclaimer at bottom of blog.
Posted by Whisperer at 3:17 PM