Whither the empty lots? 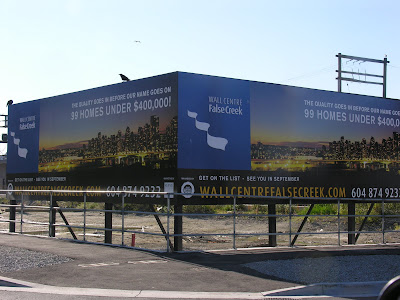 Today the big news is the ongoing freezing up of the real estate markets.

From the Globe and Mail comes word that in Toronto the R/E market continues it's dismal performance in sales halfway through the month of August.

Ultimately the only figure that matters is price. But has noted on July 26th, there is a tremendous amount of inventory in the Vancouver market. MPC Intelligence Inc., a local market research firm, counted 6,659 condo units being put into the marketing phase between March 1 and July 1, 2010. This compares with just 1,937 that were on the market in 2009 and 5,066 in 2008.

It won't be long before developers start to slash prices in a desperate attempt to dump inventory. As we have already noted, Bob Rennie slashed prices last month by 40% because he could see this writing on the wall.

Which makes one wonder about the area around the stagnating Olympic Village. Vacant lot after vacant lot surrounds Millennium (Under) Water, each with giant signs up promoting pre-sales. If the completed Olympic Village isn't selling at all, you know none of these are moving either. Driving down the deserted 1st Avenue, I couldn't help but think that the area looked like some American ghetto... albeit one where the buildings and streets were brand spanking new. 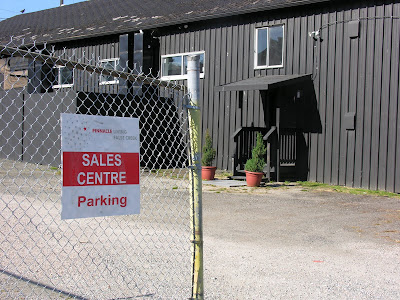 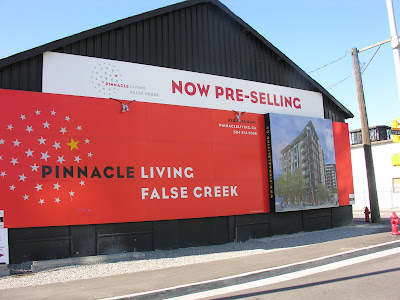 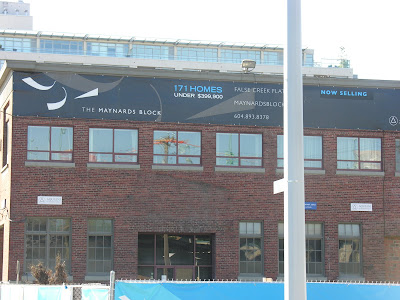 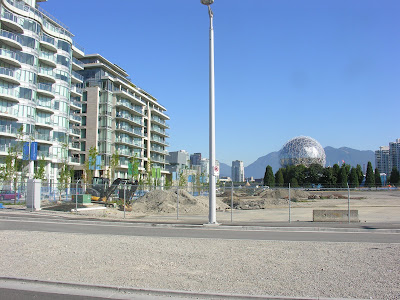 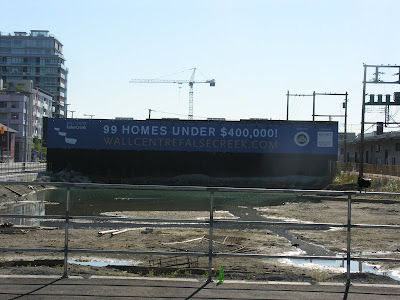 Please read disclaimer at bottom of blog.
Posted by Whisperer at 8:58 PM