Against the grain: $18 million Condo sells for 60% off 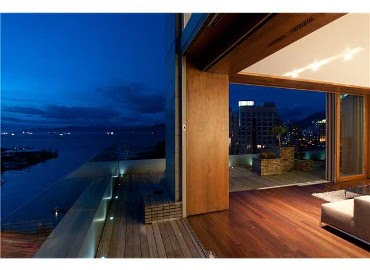 Back in 2007, The Tyee profiled this condo for sale at #2601-1000 Beach Avenue which was listed and offered for sale that year with an insane asking price of $18.2 million.

But the loft condo on Beach Avenue wasn't alone in the offerings at that price tag.

Justifying that insane $18 million price tag was the fact that a 48th-floor unit at the Hotel Georgia's "Private Residences" pre-sold (also in 2007) for $18-million, even though it wouldn't be finished until this year.

The Tyee article had a great passage at the end of the article:

Well it seems that the lofty $18 mil asking price was 'constructing fantasy' alright. I guess we can truly say that it appears Vancouver may be experiencing the start of that wake up call.

After four long years the condo has reportedly sold. On last night's CTV local newscast, it was announced the condo sold for $7 million... a 60% drop off the original asking price.

I wonder how the buyer of that $18 million condo on Georgia Street feels right now?

60% off and the collapse hasn't even started here.

I'd suggest that in a few years you will see it sell for another 60% off this current $7 million purchase price.

Please read disclaimer at bottom of blog.
Posted by Whisperer at 12:04 AM