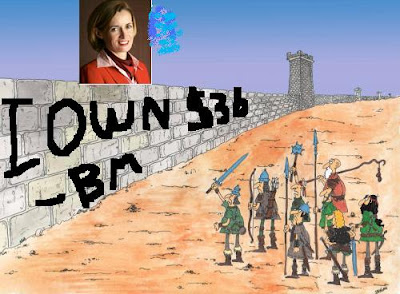 Yesterday we talked about Seeking Alpha'a speculation that the sudden, unusual and expedited move to make JP MorganChase a self-licensed vault/weighmaster/assayer for the COMEX was nothing more than an attempt to create breathing room on a massive short squeeze looming with the March 31st deadline for delivery on the March COMEX contracts.

It's speculated that this sleight on hand will allow JP MorganChase to move paper silver into it's own vault from it's SLV fund and issue notices of delivery to the contract holders.

Since most 'deliveries' never leave COMEX vaults, it's a quick fix for the short squeeze. And if anyone wants to withdraw from their account, paperwork can delay the process.

It doesn't solve JPM's problem... but it creates some additional breathing room. The fact remains, however, the physical silver must still be procured.

Which brings us to this next item.

On Monday the blog 'Along the Watchtower' (penned by a blogger who goes by the acronym of 'Turd Ferguson') made an astute observation.

As the crunch loomed for the last delivery month (December, 2010), a similar situation to the March predicament loomed. While not as severe, by December 19th the COMEX still faced having to deliver on 401 contracts (about 2 million ounces of silver). Some suggested the COMEX wouldn't be able to pull it off.

By the end of the month, the silver was delivered and the contracts filled. But what happened to silver in those final days is worth noting.

On December 21st, silver closed at $29.44. With the Christmas break looming, trading is always slow with no movement of note occurring.

But silver went on a surprising, post-holiday rally that took most observers by complete surprise. Silver then peaked on the first trading day of 2011 at $31.75.

Some speculated the dramatic rise after having been shorted and hammered down since December 7th was a direct result of JP Morgan having to enter the market and purchase physical bullion to meet it's delivery requirements. They shorted the market for most of December to drive the price down and then entered the market to buy up the silver they needed to settle the contracts.

Once the silver was procured, JP Morgan resumed it's shorting practices and drove the price down over $4 an ounce in January.

Fast forward to this week.

After battling the $36 level and being mercilessly shorted every day for the past two weeks in a effort to pound it down to $33, silver keeps rebounding.

Each time it has dipped, silver has remained resilient and has bumped back against that $36 beachhead. This resistance even prompted the blog 'SilverGoldSilver' to draft the cartoon with JP Morgan's Blythe Master's drawing the line in the sand at $36 (which you see above).

Why no massive shorting today?

On Monday, Ferguson wondered aloud if we are on the cusp of another 10-day significant upswing like we saw in late December?

The late month rise in December was slightly more than 5%. A similar move now would take silver from $36 to $38. Ferguson also makes the case that since the number of contracts remaining to be settled for March is twice as high as it was on December 20th, 2010, than this corresponding late month move could be twice as large.

If that is the case, he speculates we could see $40 silver by the end of this month!

If today was any indication, he may be on to something.

Please read disclaimer at bottom of blog.
Posted by Whisperer at 1:06 PM