HKMEx to launch Silver futures... will it break the COMEX manipulations? 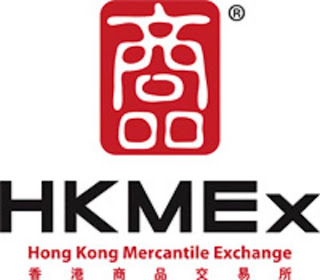 The Hong Kong Mercantile Exchange (HKMEx) announced Wednesday that they will soon roll out yuan-denominated gold and silver futures contracts to capitalize on growing investor demand for China's strengthening currency.
This is significant because the Chinese interest in gold and silver is immense.

Now HKMEx will be setting up an opportunity where the Chinese (and the greater worldwide public) can get easier access to it.
This cements the demand side of the equation, which we have tried to articulate for you over the past year. (Further to that point, India’s state-owned trading company -  Minerals and Metals Trading Corporation (MMTC) - said on Thursday that it would import 350 tons of  Gold and 1,200 tons of  Silver in 2011-12 as demand for the precious metals is rising fast.)
More importantly the impact on the COMEX could be profound.
Many analysts believe the new gold and silver exchange opening in China will destroy the gold and silver shorts which currently dominate the COMEX.
When the pricing mechanism changes from the paper market to the physical market, we may finally see the  inflection point where the price of Gold is going to go berserk and Silver may go parabolic because of the tightness in the silver market and the fact that the short position is even more extreme.
As the HKMEx establishes itself (presuming it restricts the manipulative practices on the COMEX), for each ounce of physical Gold and Silver taken out of the market by the new exchange in China, you will see multiples of that covered in the COMEX paper market.
This will cause a massive price surge.
Silver contracts will have to be settled for paper money on the COMEX because the Silver isn’t available and it may well cause a feedback loop that will be nothing short of a feeding frenzy as investors become desperate to source physical silver.
As we have outlined before, the amount of silver that is trading on the various paper exchanges, and the amount of physical silver that is in inventory on these exchanges is preposterous.  If only 5% of the people holding Silver contracts went in and demanded physical Silver, all the physical Silver would be all gone.
Analysts like Eric Sprott have always said there will be a catalyst that explodes the metals markets, and that catalyst will probably be something that most didn’t foresee.
Nobody was talking about the Chinese exchange until just recently. Could the HKMEx be that catalyst that changes the whole dynamic?
If it does, look for Silver to reach $80 before the end of the year.
==================

Please read disclaimer at bottom of blog.
Posted by Whisperer at 2:06 PM