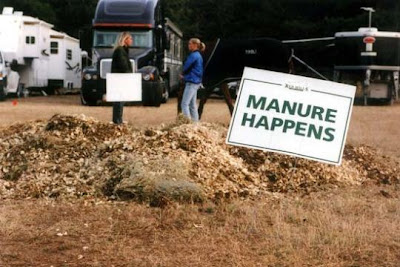 A few random thoughts first thing this Sunday morning.
Yesterday we noted how the chief economist for RBC Global Asset Management, Eric Lascelles, argued that by the time many current mortgage holders renew their mortgage that the impact of higher interest rates will be mitigated by three years of rising household incomes.
It is fitting that on the day his comments were covered that shocking GDP figures were released showing that Canada's gross domestic product unexpectedly fell by 0.3 percent in May and that the U.S. economy grew at a meager 1.3 percent in the second quarter.
More importantly growth for the first quarter was revised sharply lower.
And just as data from the first quarter in the US was 'revised' lower, analysts are already looking at the second quarter data and figure that it's not accurate either and will be downgraded as well.
So much for three years of rising household incomes.
Speaking of conditions stagnating, former Chinese central bank adviser Yu Yongding repeated his call for China to reduce its Treasury holdings as the American debate about the debt limit drags on. Speaking to reporters at a briefing in Mumbai on Friday Yu said:
In March, Yu said that China, the biggest foreign holder of Treasuries with $1.16 trillion of the securities, should halt purchases because of the risk of an eventual default. In June, he predicted that credit agencies would limit the severity of any downgrade of the U.S. rating to avoid investor panic.
As China, Russia, Japan et al slow their purchases of US Treasuries, the US Federal Reserve will have no choice but to launch some form of QE3 to monetize the US debt. Increasingly the US economy (and by extension: Canada's economy) look to be entering the same decade plus malaise that Japan is dealing with.
There was an excellent analogy offered in the comments section over at Vancouver Condo Info yesterday about the actions our governement took during the first phase of the financial crisis (2008-2011):
The economy has stalled and conditions are not improving. As the real estate market turns, the impact on Lower Mainland homeowners with high mortgages is going to be severe.
Our friends over on VREAA documented a poignant comment yesterday which represents the situation shared by many who have bought in the last five years in the Lower Mainland.  Calling into the Bill Good radio show, a caller said:
Bill Good replied that he thought the caller was "speaking for thousands of people right now.”
Indeed he is.
==================