How low will it go? 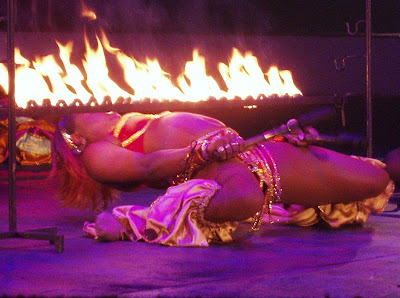 Fascinating, isn't it, how we have suddenly gone from "there is nothing wrong with the housing market" to a situation where different factions are now competing to predict how low it will go.
The transition has been so swift that many average people have no idea that sentiment has shifted so dramatically.
The latest Housing Limbo article comes courtesy of the Toronto Star which notes that Real Estate analysts all seem to  agree the cycle of exceptional appreciation will be broken in 2012, but disagree about the severity of the downturn – some believe house prices will flatline, others forecast a drop of up to 25% by 2013.
National Bank economist Paul-Andre Pinsonnault is quoted with this little gem:
Well... the blogosphere knows this, but until recently it has been nothing short of heresy to make such a suggestion.
But this month two major banks have now released reports calling for a correction in the housing market: TD and CIBC.  Suddenly the chorus of negative forecasts is everywhere.
Some say values will flatline, others say prices will drop by anywhere from 10% to 25% over the next two years.
What's important is that a drop of 10%, while not severe, could still wipe out the equity for some buyers who have saved to put the minimum down on their home.
[More importantly... if you were about to buy, would you now with everyone predicting as much as a 25% correction in prices looming on the horizon?]
Obviously this blog agrees with the likes of Capital Economics who predict a significant correction because Canadians have become complacent with low interest rates and have been loading up on debt to the point where we now have a higher debt load than the U.S.
It is unsustainable. And the housing market will correct. The only question is what will be the mechanism that triggers the correction and how severe will it be.
For the record here are the prognostications offered so far:
2012-2013 Bank Forecasts
Non-bank forecasts:
==================