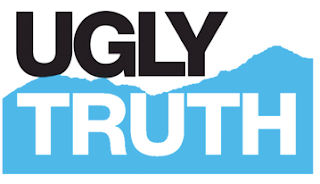 As noted in today's Vancouver Sun, the number of residential property sales has hit a 10-year low in Metro Vancouver leading the Real Estate Board of Greater Vancouver (REBGV) to declare a buyer’s market.
But even with another month of declining sales, rising listings plus an average detached house price that has DROPPED 14% in just four months... the REBGV gleefully headlines (and the Vancouver sun obliges) that the Benchmark price for detached properties has INCREASED 3.3% from June 2011 to $961,600
To think, it only took two changes to way the HPI Benchmark price is calculated in 2012 to pull this rabbit out of the hat... ain't statistics grand?
The Vancouver Sun notes that this recent REBGV announcement is significant since the board has in recent months been calling the market “balanced.”

How painful was it for the REBGV to bring itself the make this declaration?
Of course this is the same REBGV which Vancouver Sun columnist Pete McMartin recently observed:

would have viewed the crash of the Hindenburg as the result of “normal deflationary conditions.”

Even Global TV was recently moved to call the Vancouver market 'depressed".

If it's a buyer's market, why aren't homes selling?

Please read disclaimer at bottom of blog.
Posted by Whisperer at 11:13 AM