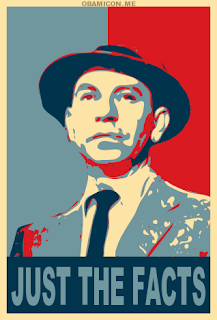 On July 29th we introduced you to Andrew Hasman, another realtor from the west side of Vancouver who has been calling the market for what it is... a bubble.
A year ago, when prices were going crazy on the west side, he wasn't one of the cheerleaders for what was going on. Quite the contrary, he was calling the market 'unhealthy' and warning about the consequences:

"The local person is completely out of this market," he said. While skyrocketing prices have made business good, Hasman said that the current market, with housing prices rising 10-15 per cent each year, is unhealthy.
"Anytime you have extremes in markets, it's never healthy," he said. "You end up with a bubble. If the local economic base can't support these levels, then at some point you're going to have a lot of people burned big time. It's not sustainable."

In July he told us that:

This feels like the first Normal Real Estate market in many years. That is if you can even define or remember what 'Normal' really feels like.  Gone are the bidding wars and gone (for now) are the days when homes were selling in mere days. For buyers there is now good selection and no pressure to make that big commitment... Sales of homes across the Greater area of Vancouver are at levels not seen since 2000!

Overall, prices still seem to be holding with some price softening in specific markets only. Vancouver’s Westside looks to be one of those markets.  Fewer buyers from China, tougher mortgage regulations and concerns over the global economy are all weighing on consumer confidence. I predict these market conditions will continue through the balance of 2012 with further price softening.

Hasman is out with his September market report. Here are some of the hilights of the results from last month:


August was stable compared to July in that the supply of houses relative the the actual sales remained fairly stable. The one notable statistic was the Average sale price of a house. In August the average was pulled higher by 14% over the 2011 average sale price. This increase is due to two very large sales on the Westside during the month. Of the 75 houses sold, there were two sales over $12 million which have brought the average sale price up.

Another interesting statistic is the drop in supply from Aug 31st to Sept 1st of approximately 60 houses. For the first time in several months we have under 1000 houses for sale but I predict this number to quickly move up as more homes enter the market in time for the Fall.

In the past three weeks I personally noticed a pick-up in the number of buyers looking at houses and the number of offers received. So far we have not seen this translate into increased house sales. With September upon us it will be a matter of time before we see if our market will see increased sales activity or not. Stay tuned!

Here’s how the numbers stack up for Westside Real Estate Activity in August:

Posted by Whisperer at 6:00 PM