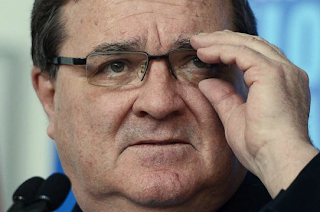 On November 27th the International Monetary Fund suggested it was time for Canada to rethink its long-time policy of providing blanket backing to insured mortgages.

And today the Wall Street Journal is reporting that federal Finance Minister Jim Flaherty is on board with the International Monetary Fund’s view. Said Flaherty:

"Government-owned Canada Mortgage and Housing Corp. has become “something more grand, I think, than it was intended to be."

The IMF said last week that the system has its advantages, notably in giving the government some ability to guard against market excesses. But it ultimately exposes taxpayers to big risks, should home prices succumb to a sharp correction. The IMF suggested offloading some risk to private-sector lenders.

Flaherty, as we all know, has been tinkering with CMHC for a while.

In his 2012 budget, he gave his finance department authority over CMHC –which for decades had been overseen by the ministry responsible for human resources and social development — and named the top bureaucrat at Finance to the company’s board.

Canada's banking regulator, the Office of Superintendent of Financial Institutions, was also given the authority to regulate CMHC.

Mr. Flaherty said Friday he has sought to limit the risk CMHC poses to the broader government, and to taxpayers, citing government moves to tighten mortgage-insurance regulations four times in the past five years. Those restrictions have put a cap on the amount of liability the CMHC can assume.

OSFI is expected to introduce new guidelines governing mortgage insurers in 2015, CMHC said last week. CMHC also said that, at the behest of Mr. Flaherty, it is now charging a so-called risk fee on mortgages it insures, a move seen as helping compensate the Canadian government for the risk it is exposed to.