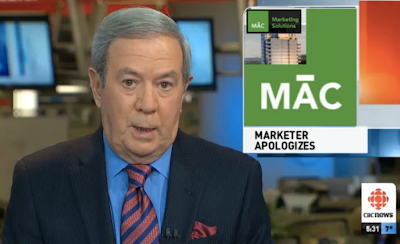 As we look back on the year that was, the dominant theme of 2013 has been media manipulation by the real estate industry.'

Leading the way was MAC Marketing Solutions, the condo marketing firm exposed for lying to and deceiving the public on TV.


But MAC was only the most visible example this year.  Media manipulation in the real estate industry  has been a source of contempt by the likes of this site and other excellent venues like Garth Turner's blog.

But nothing is as particularly galling as the real estate press release regurgitated as news.

Pundits, such as Garth Turner, regularly rail against a lazy and corrupt media who allow themselves to be used as pawns by a gleeful industry more than happy to feed them content.

And it isn't just the case for real estate. It is the disease of our media today and it is so widespread it has become comical. Check out this example which Conan O'Brien couldn't help but lambast on a recent show:

Why write your own story when you can simply rehash the script from a press release dropped in front of you.  Conan calls it 'scary' and 'frightening', an understatement if we ever heard one. But this type of media manipulation currently shapes everything you read, hear and watch.

In the old days, we only had a few threats to fear when it came to media manipulation: the government propagandist and the hustling publicist. They were serious threats, but vigilance worked as a clear and simple defence They were the exceptions rather than the rule—they exploited the fact that the media was trusted and reliable.

The late Andrew Brietbart, a master media manipulator,  once said: “Feeding the media is like training a dog. You can’t throw an entire steak at a dog to train it to sit. You have to give it little bits of steak over and over again until it learns.”

And it's clear the major mainstream media has been well trained.

In our real estate focused country, that's what the real estate manipulator's have artfully achieved - they have trained the media. It's crucial to their business.

Thankfully there are bloggers like Turner, VREAA and the contributors to Vancouver Condo Info whose vigilance is omnipresent.

Today we salute you all.

(For a great holiday game, don't forget to check out: MAC Marketing's version of Where's Waldo")


Please read disclaimer at bottom of blog.
Posted by Whisperer at 10:17 AM