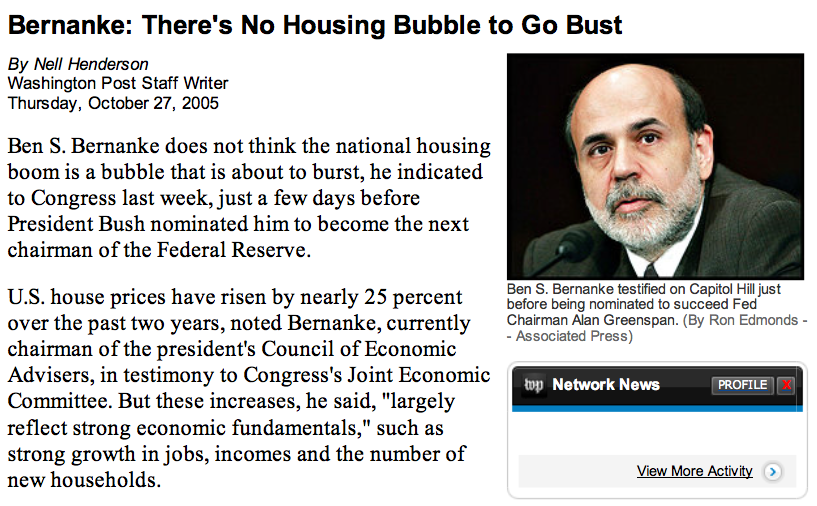 There's been lots of chatter in the media from numerous sources lately (including our own new Bank of Canada Governor) talking about how the Vancouver (and Canadian) real estate bubble hasn't collapsed yet and insisting the 'threat' is simply not there.

This despite the fact all the elements telling us we are in a bubble are still present.

So it's timely that gordholio over on Vancouver Condo Info has posted the following quotes from 2005 in America.  After hearing about warnings of a housing bubble for years, and seeing no collapse, the public was provided with these treatise's.

"We are really on track for a soft landing. There are no balloons popping.”
- David Lereah, National Association of Realtors, December 2005

“The retreat in housing-market activity that’s now under way amounts to a simmering-down process rather than a classic cyclical contraction that could spiral down for some time.”
- David Seiders, Chief Economist, National Association of Home Builders, Jan 2006

“The idea that we’re going to see a collapse in the housing market seems to me improbable.”
– John Snow, Treasury Secretary, 2005

“I think the bloom is off the rose, but there is no doom and gloom.”
- Alan Nevin, Chief Economist, California Building Industry Association, Dec 2005.

“There was never a “bubble”, so there is nothing to “burst”.
- Jeromith Sutton, 2006, NAR Investment Advisor

And, of course, there was America's central banker himself who in 2005 insisted there "is no housing bubble to go bust." 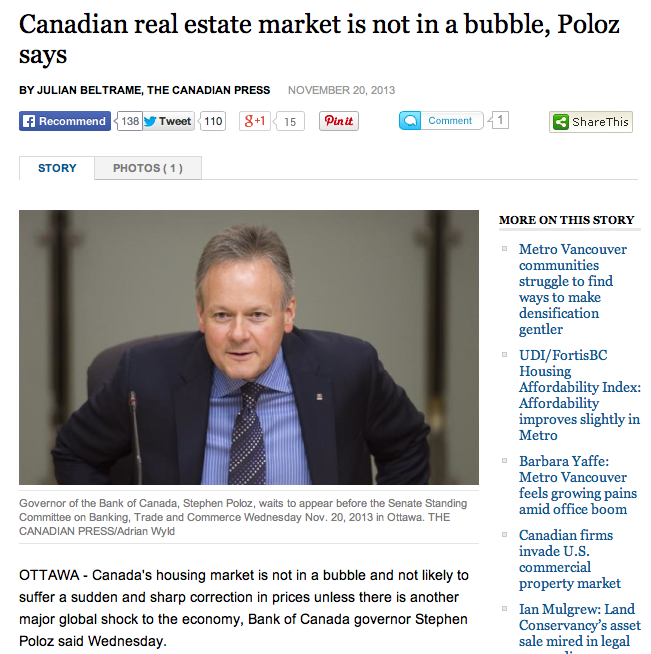 
Please read disclaimer at bottom of blog.
Posted by Whisperer at 6:27 PM