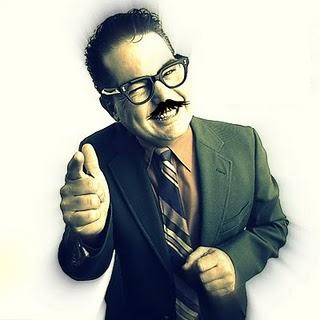 I started off the year telling you about James Schouw, Chairman of James Schouw and Associates. Schouw specializes in ultra high-end custom developments.

Schouw is keen to promote the old supply and demand argument about Vancouver. To wit: people are constantly moving here, no one is leaving, scare land results in a property shortage... ergo buy now or be priced out forever.

Central to the argument is the wealthy Asian component. They have money, it's nice here and they can afford it even if we can't... end result: real estate is going up, up, up.

Lest you think that last dynamic is self developing, you might find this of interest.

XinhuaNews is a Chinese news organization.

Recently, infamous local realtor Bob Rennie hooked up with XinhuaNews to do a little local promoting. The result was this little gem in it's english online site.

Rennie is keen to leverage the wealthy Asian angle and work the exposure of the Olympics to ensure the Asian influx to Vancouver intensifies.

As part of his campaign, Rennie seeks to separate Vancouver from other Olympic cities and tells XinhuaNews in an exclusive interview that:

Rennie strives to assure Asians that now is the time to buy. He discounts an Olympic hangover and moves to a full court press to convince them that there is a shortage of rental housing in the City.

Rennie hastens to predict that by the first quarter of 2011 the shortfall in apartment units will be noticeable in downtown Vancouver as there were very few major sites left to develop. Also, with a lot of "money on the sidelines" earning low interest, coupled with a low supply of available properties, extreme pressure will be put on the real estate market.

Vancouver is then portrayed as a virtual licence to print money.

So there you have it. If Vancouver is being too unaffordable for it's current residents to afford, what does the ambitious realtor do?

He finds customers in other parts of the world who will keep these values rising.

Rennie even plays the 'buy now' card with the Asians as he tells them:

So there you go, China.

Buy real estate in Vancouver now... or be priced out forever (what the hell, it worked on most of us who actually lived here, why not the Asians).

Please read disclaimer at bottom of blog.
Posted by Whisperer at 3:05 PM