To Infinity and Beyond? 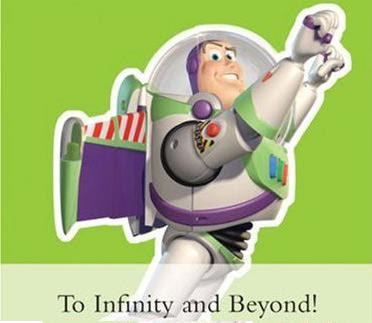 Two days ago I made a comment that "if [interest] rates stay low we will remain protected and secure."

It was a bit of a sarcastic comment because long time readers of this blog know I don't think interest rates are going to stay low at all.

One reader (jungberg) asked, in the comments section, what the chances were that the government will raise rates?

Let's be clear. Rates are going up. The Bank of Canada has sounded enough warnings to Canadians about that very fact to leave not doubt. The only question is: how high will they go?

I think without US intervention (more on that in a bit) they will go far higher than Carney would like... and he won't be able to prevent it.

It all has to do with the cost of money.

All Western governments are in record states of deficit. The global competition for money is about to heat up the bond market.

Your mortgage rates are directly tied to the yields of the sale of US Treasuries, and right now those yields are artificially low. Very low.

They have been manipulated that low by US Federal Reserve intervention throughout 2009.

Three weeks ago we talked about a report from Eric Sprott, the Toronto-based money manager, which pointed out that the actual number of US Treasuries being sold to foreigners in 2009 was next to nothing and that the purchase of those Treasuries by the Fed was far higher than originally acknowledged by the government.

Of the $1.75 trillion in 2009 US Treasuries sales, only $200 Billion was actually bought by entities besides the US government.

As Sprott pointed out, the whole point of selling new US Treasury bonds is to attract outside capital to finance deficits or to pay off existing debts that are maturing.

In 2009 we had a situtation where the US Federal Reserve was printing far more dollars to buy Treasuries than they 'officially' announced they had planned to do. This amounted to a means of faking the Treasury's ability to attract outside capital. Since the US bought the vast majority of it's own Treasuries, the yield (interest rate) was kept artificially low. Only $200 Billion was actually sold to investors.

In 2010, the United States needs to fund $2.21 Trillion worth of Treasuries sales. Since $200 Billion of those Treasuries will be absorbed in the 'official' conclusion of Quantative Easing, it means in the 2010 fiscal year (November 2009 to October 31, 2010) the US will have to sell $2.01 Trillion in debt to the rest of the world.

So who going to buy them if there weren't enough buyers in 2009?

Since November 2009 marked the start of a new fiscal year, we can now start to answer that question.

And the first bits of evidence coming in are disturbing.

Yesterday the latest US Treasury International Capital Flows data covering November 2009 were released (the date is about two months behind the current month).

The data reveals a huge surge in capital flows predominantly as a result of a massive buying binge in US Treasuries. The implication is that there is, presumably, a strong market for the purchase of US Treasuries.

The surge in purchases is so strong that the November data is the largest amount of purchases for any month since 2005 (reference this analysis by Jim Sinclair's Mineset).

(Note: the previous high in purchases of US Treasury's occurred during the month of June 2009 when $100 billion worth of Treasuries were purchased on net)

Dan Norcini, who did the above referenced analysis, had the following comments:

Norcini's suspicions can't be confirmed until the June numbers come out. Last year the US Federal Reserve wasn't forthcoming with the true extend of how widespread and extensive the purchasing of their own Treasuries was, so it's not that much of a stretch to imagine the same deceptions are playing out again this year.

And Sprott called what was going on in 2009 a virtual 'ponzi scheme'.

If the Fed has embarked on QE to infinity - look out. Spiking interest rates will be the least of our worries if that's the case.

Please read disclaimer at bottom of blog.
Posted by Whisperer at 12:07 AM