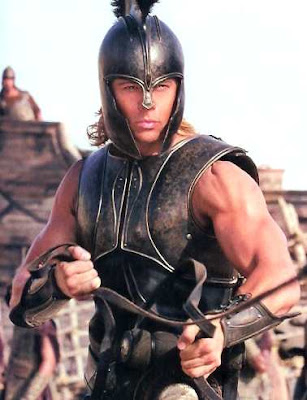 I find it fascinating to watch how so many people think the Canadian real estate collapse is all but over, the fall in values last year merely a hiccup.

Twelve months ago many speculated that Canada's housing market would inevitably follow the U.S. into the same sort of catastrophe that began there more than three years ago.

But after a brief dip, Canadian real estate is up an average of 19% from a year ago, perching at about the same elevated level it reached at the 2008 peak.

Even more intriguing has been the number of media articles that reinforce what bloggers have been saying all along; that these levels are unsustainable because average incomes are rising at a small fraction of this pace.

But while article after article points out the basic economic fact: when prices rise faster than incomes for long, homes become unaffordable, sales falter, prices stagnate and ultimately values fall sharply... the general sense of euphoria is unshakable and the sense of 'buy now or be priced out forever' reigns.

It's driven by the mantra that says our conservative Canadian banks have saved the day with their stodgy ways and have guided us past the housing meltdown that struck the U.S, Britain, Ireland, Spain and others.

We are bombarded with the rationalization that, in Canada, sub-prime loans represented only about one-quarter the proportion of lending it did in the U.S, and sub-prime in this country had a different meaning: it included people who didn't quite qualify for prime loans, but were never hopeless deadbeats.

We are also told that the securitization phenomenon that let U.S. banks sell dubious mortgages to unsuspecting buyers never developed in Canada. Only about one-quarter of Canadian mortgages were securitized in 2007 (it was 60% in the U.S.), and they were solid, government-insured mortgages, not sliced, diced, leveraged subprime junk.

The 'solid' Canadian banking system saved the day, goes the platitude, and that's why in the U.S. (and elsewhere) near-zero interest rates haven't inflated housing prices. Their banking system is so sick that there just isn't much lending, while ours is healthy.

Our day of reckoning hasn't been avoided, it's only been delayed.

The fact is our government threw everything they could at the crisis in order to keep our real estate market juiced and our banks afloat.

That's why credit continues to flow in this country. The Federal government is guaranteeing all that money.

We've thrown so much money at the problem that Kevin Page, the controversial Parliamentary Budget Officer has come out and said that the Federal Government's orginally announced 2 year deficit (since expanded to 5 years) is now worse. He says there's no way we’ll be balancing our books in 2014. It's impossible.

Canada now has a deficit so large it is now structural and will probably be with us for an entire generation.

And what has all of this bought us?

Before the crisis we had a large number of Canadians who assuming massive household debt. With the 'stimulus', Canadians have intensified this trend and many are max'ing out on the size of mortgage they can assume when rates are the lowest in history.

This, in turn, has spiked housing values up 19% in the last year. As Garth Turner noted on his site last Friday, "when inflation is 1.6% and the prime’s 2.25%... it means the cost of shelter increased at more than 10 times the cost of living, and acquiring it put Canadian families in a deeper debt hole than has ever existed before... if the price of food had increased 19% in a year, there’d be a Royal Commission and moms torching Loblaws. If taxes had gone up 19%, we’d be in a revolution. If cars had jumped 19% in price, the dealerships would be abandoned."

It's all considered good, thought, because this 'asset reflation' is what is keeping our nation ahead of the recession curve - for the time being.

Meanwhile outstanding Canadian mortgages have skyrocketed and Canadians now have more debt compared to income than at any other time in our nation's history.

Our nation's Achilles heel sits behind the future of interest rates.

As the Bank of Canada said, "using the current path of household indebtedness, and alternative assumptions about how quickly interest rates may increase... by the middle of 2012, almost one in ten Canadian households would have a debt-service ratio that makes them vulnerable to economic shocks."

If rates stay low we will remain protected and secure.

But if they go up... look out. The economic carnage in this country will be on par with the physical carnage that has hit Haiti.

'Devastating' won't even begin to properly describe it.

Please read disclaimer at bottom of blog.
Posted by Whisperer at 12:24 AM