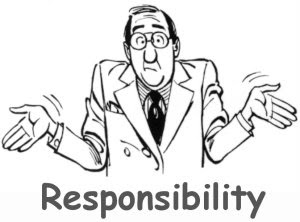 The housing market in Canada has (so far) avoided a US-style collapse because the federal government of Stephen Harper's Conservatives in 2007 directed the CMHC to dramatically change its rules to create relatively very loose lending requirements.

Those requirements combined with an amortization period that was extended from 25 years to 35 years... and extended again to 40 years.

Then, in an effort to further prop up the real estate market (when affordability nosedived), the Harper government directed the CMHC to approve as many high-risk borrowers as possible and to keep credit flowing. This happened in 2008.

These efforts combined with the Bank of Canada's historic low interest rates is what has kept the Canadian economy from crashing and has prevented calamity in the real estate market.

But now that the initial crisis has past... who is responsible for trying to clean up the mess in housing?

Yesterday Bank of Canada Governor said, "Not me!"

As we have noted on this blog, Carney knows the ultra-low interest rate policy is creating a time bomb in housing. But he can't intervene because intervention right now will destroy the fragile recovery.

So what to do?

The first step was to begin a public speaking campaign calling on banks and Canadians to exercise 'prudence'. Carney then noted the obvious and said, “consumer borrowing cannot not grow faster than the economy forever.”

He also had a warning for Canadians: "We remind people that borrowing is for the period you are going to borrow, not just for the moment you take out the loan... It's not my job to give investment advice to Canadians. But on the general point anybody, anytime they borrow for a longer period of time, wants to [ask themselves], 'can I sustain that borrowing over the course of that time? What happens when interest rates ultimately normalize?'”

So what to do? This week we found out.

Deputy governor Timothy Lane wrote a speech delivered by an adviser on his behalf in Edmonton.

“Some observers – those who see a housing bubble forming – have said that since low interest rates have stimulated housing market activity, the Bank should now raise interest rates to dampen that activity. But that poses a problem.”

Mr. Lane said the bank understands the concern, but it uses its lending rate to keep inflation in check for the whole economy and the housing market is “only one of several factors” that influence inflation. Other sectors could be adversely affected if the rate jumped before the broader economy was ready, he said.

“If the Bank were to raise interest rates to cool the housing market now – when inflation is expected to remain below target for the next year and a half – we would, in essence, be dousing the entire Canadian economy with cold water just as it emerges from recession.”

So Lane made it clear that the Bank of Canada won't raise interest rates to cool the country's hot housing market. If any action is to be taken, it must come from the country's Finance Minister.

And Lane was specific about that action.

He said the government could increase capital requirements for lending institutions, adjust loan-to-value ratios and change the terms and conditions required to obtain mandatory mortgage insurance.

“These instruments can be targeted to risks to the entire financial system that stem from particular markets or institutions. Ultimately, it is the Minister of Finance who is responsible for the sound stewardship of the financial system.”

In one simple speech Carney has delivered a simple message.

The housing bubble? Not my responsibility.

Please read disclaimer at bottom of blog.
Posted by Whisperer at 8:54 PM