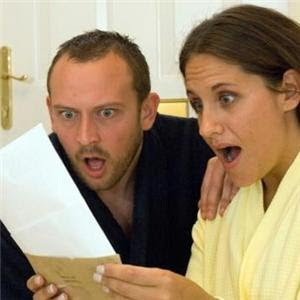 On a day when the Bank of Canada makes news for what it doesn't say, and Macleans magazine states the obvious, the item that catches my eye is a poll by the Investors Group which concludes that Canadians "may be overly confident that they can take higher borrowing costs in stride."

You got that one right!

Discussing Canadians' apparent confidence to deal with rising mortgage rates, Peter Veselinovich (the Investors Group's vice-president of banking and mortgage operations) said: "Part of that may be because they are fully knowledgeable about what's going on because they have a financial plan, they've had discussions, they've looked at what their risk tolerance is and what their affordability tolerances are. Or part of it may be some blissful lack of knowledge."

The reason for the overconfidence/blissful ignorance?

No one believes rates will rise more that about 3%.

This also comes on the day we learn that, in the UK, inflation rose at a higher rate than expected. It's up sharply to 3.4% in March from 3% the month before.

Watch for a similar scenario to start becoming evident in North America as well. As we pointed out last week, reports are surfacing that significant inflation is working it's way through the inventory replacement process.

After summarizing his experiences, one volume importer of industrial hardware (mostly out of Asia), who just received his April ocean freight rate update, concluded that "anyone who tells me that there is no inflation on the horizon is delusional and in for one hell of a shock.”

That's going to be pretty much every person with a mortgage in this country.