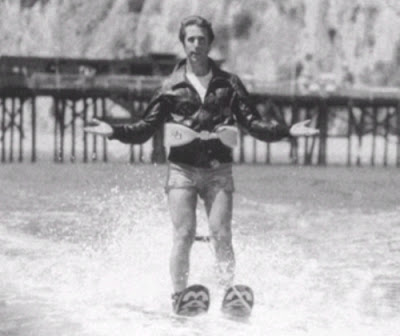 Do you recall the quote from yesterday's post that referenced the New York Times?

"Consumers are about to face a sustained period of rising interest rates."

Almost as if on que, the Royal Bank hiked their rates a quarter of a point. More significantly its the second rate hike in only two weeks!

And why are rates going up when the Bank of Canada hasn't altered their rate?

And without the United States continuing with QE to infinity, the cost of money is rising.

Cameron Muir, our bud from the BC Real Estate Association, was on TV today saying that rates are beginning to 'normalize'. May I remind faithful readers that normal for the last 20 years would be a five year rate of 8.25%

And that's before you factor in inflation.

In an investment post by Jeffery Sault his readers are reminded that annualized inflation in India is running at about 15% and China is not all that far behind. In the Philippines, March’s inflation figure was just reported at +4.4%, up from the previous month’s 4.2%, with the cost of Philippine fuel/electricity/water up 14.6% over the trailing 12 months.

In North America, since January 2009 the price of copper is up 185%, crude oil is better by 118%, and rubber is higher by 167%. Moreover, from August of 2009 until now hog prices have rallied 75%, while cattle prices have lifted 19%. Such actions caused the Reuters CRB Commodity Index to travel above its 200-day moving average in June 2009 and stay there ever since (read: bullish and inflationary).

Meanwhile, economists continue to insist there is no inflation because wage inflation is non-existent.

If inflation were calculated like it was prior to 2000, it's existence would be evident. But we changed the rules, and pretend it doesn't exist.

Unfortunately it's effects still do.

Jumping the shark is an idiom used to describe the moment of downturn for a previously successful enterprise. The phrase was originally used to denote the point in a television program's history where the plot spins off into absurd story lines or unlikely characterizations. These changes were often the result of efforts to revive interest in a show whose viewership has begun to decline.

The phrase came from a three-part episode opening the fifth season of the TV series Happy Days in September 1977. In hindsight the consensus was that the show went downhill from this point.

And I'm betting that, in hindsight, this is the moment people will say Vancouver Real Estate 'jumped the shark'.