It will be complete chaos 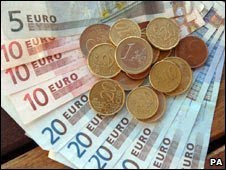 You've seen me say it before. And I will say it again... the financial crisis of 2008 was a profound earthquake, the reprecussions of which we still do not fully appreciate.

Yesterday the German government announced they were banning short-selling of the banks or betting against bonds.

They are doing this because they think the financial crisis is going to get worse.

And, as this article from the Telegraph notes, the response of the markets is expected to be extreme. Traders greeted the move with a mixture of anger and astonishment.One bond trader said he expected Wednesday's trading session to be one of the most volatile in living memory:

"It will be complete chaos, I really don't know what the Germans think they are doing... Without the two-way flow the German market is likely to become utterly dysfunctional... and it raises the long-term question of who is now going to want to buy their debt.""

The story of the decade will be sovereign debt, a tale which will ultimately drive interest rates sky high.