Marching headlong down the road to Q.E. to infinity 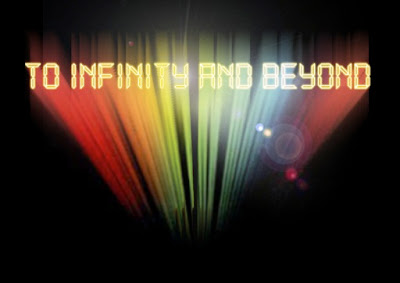 Some interesting comments to the last post about the stock market's wild ride. Thank you to those who emailed and posted.

Agree or disagree with my comments, here's a thought for you from Jim Sinclair.

When the DOW is down 500 points in the blink of an eye, this is considered extremely bad and needs to be investigated. And in this flash crash all Market orders placed are considered bad and are cancelled!

But on a day when the Dow is up 500 points in the blink of an eye, this is considered good and congratulations are in order. Yet in this flash boom, all Market orders placed are considered good?

Yesterday European leaders committed to do “whatever it takes” to defend the single Euro currency.

This is a repeat of what US policymakers were forced into in the wake of the Lehman Brothers collapse. Not until the US Treasury and Federal Reserve promised (in effect) to bailout every bank and financial institution that looked like it was sinking did the hurricane begin to abate.

Europe will be hope for a similar result from yesterday’s initiatives and the initial response of markets is encouraging, but this is not an entirely done deal and there is still much to come.

Euro nations have in effect taken another giant step down the road to fiscal and political union by agreeing to cross guarantee the loans of weaker nations. What is even more significant is that the European Central Bank has been dragged kicking and screaming into conducting a programme of quantitative easing – buying up public and private debt securities – similar to that already carried out in Britain and the US.

What is becoming increasingly clear is that all national debt is now going to be bailed out.

Next... all debt of individual US states will be bailed out.

Regardless of the first knee jerk market reaction, the fact of the matter is that we have taken the nuclear option of adding more debt to entities failing because of debt.

Steel yourself for more unrest, in markets and in currencies.

The reaction you saw in the markets is being spun as a mystery... and there for it's branded an anomaly.

No one wants to admit that it was a selloff of significance... and therefore indicative of further problems.

The truth of the matter is that what you saw here was a combination of computer based flash trading, below the horizon computer based exchanges, and algorithms gone wild.

It's proof that computer markets lack specialists and are ticking time bombs of illiquidity. This condition remains and you can be sure we will be looking for more repeat performances.

With the $350 billion the US Federal Reserve threw in to support the EU, we had about One trillion in Quantitative Easing initiated today.

And when you consider how much more will have to be thrown at currency markets to sustain the Euro at $1.29 (at which it must be sustained to declare any market success), and it's clear we are inescapably down the road to Quantitative Easing to Infinity.

Please read disclaimer at bottom of blog.
Posted by Whisperer at 8:49 AM